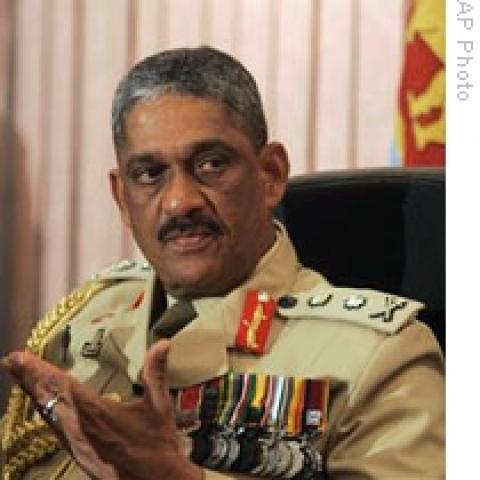 Chief of Defense Staff General Sarath Fonseka has received the Formal Retirement Letter from President Mahinda Rajapaksha this evening in a response to his Resignation Letter asking him to vacate from his post Immediately.The Letter also stated that General Fonseka can have a Farewell Ceremony either tomorrow or on Monday prior to his Retirement.

General Fonseka Hand Over his Resignation Letter to the President Rajapaksha on Thursday Evening seeking his Retirement with effect from 01st of December.However as he already received the formal letter of Retirement it is likely that General Fonseka will resign from his post early next week.