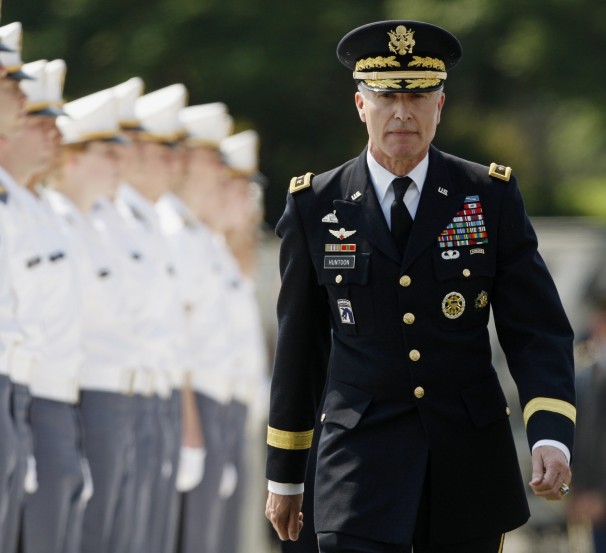 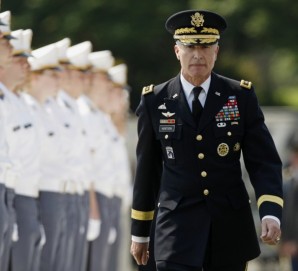 Lt. Gen. David Huntoon was accused of misconduct at West Point. He improperly made staffers work at private charity dinners, provide free driving lessons and feed a friend’s cats, according to a report by the Pentagon’s Office of Inspector General. He is now set to retired.

I read a small announcement about the retirement of Major General David H. Huntoon Jr. recently in the Congressional Record.

“EC-3467. A communication from the Secretary of Defense, transmitting a report on the approved retirement of Major General David H. Huntoon, Jr., United States Army, and his advancement to the grade of lieutenant general on the retired list; to the Committee on Armed Services” (source: Congressional Record http://thomas.loc.gov).

Huntoon was an American military officer who served as the 58th Superintendent of the United States Military Academy at West Point, New York.

Huntoon graduated from the academy in 1973, and has served in senior planning and military education commands throughout his lengthy career.

“While at West Point, Huntoon was found to have misused his aide and other staff to conduct personal business. He was given a written reprimand and allowed to retire with no further action” (source: West Point superintendent misused his office, Pentagon report says, by Craig Whitlock, Washington Post, 14 June 2013 http://articles.washingtonpost.com/2013-06-14/world/39971855_1_huntoon-inspector-general-west-point).