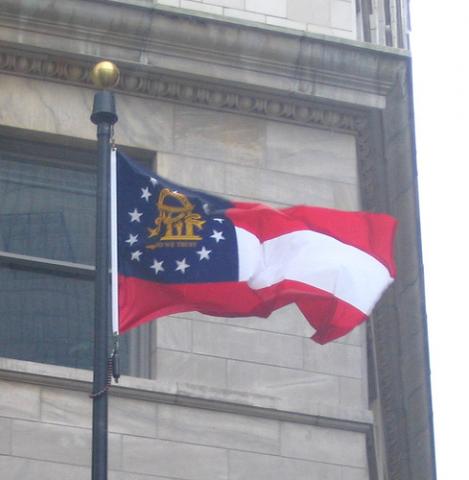 Officials and experts in both Russia and Georgia are warning that the two countries are closer than ever to armed confrontation over the breakaway republic of Abkhazia.

Speaking to Russian journalists in the city of Batumi on May 8, Georgian president Mikheil Saakashvili said, “I think that a few days ago, we were very close [to war] and this threat is still real.”

The rise in tension comes after Russia sent an additional 500 troops to Abkhazia to join the peacekeeping force there, which operates under a mandate from the Commonwealth of Independent States, CIS, and a number of serious incidents between Tbilisi and Moscow.

Georgian officials are calling for international support in the standoff with Russia, as the conflict over Abkhazia, which ended in 1993, looks ever more likely to resume.

The United States House of Representatives passed a resolution on May 7 condemning what it called “provocative and dangerous statements and actions” by Russia against Georgia. The European Union made a more restrained statement, citing the new Russian troop deployment and the shooting down of a Georgian unmanned spy plane over Abkhazia on April 20.

The Abkhaz said two further drones were shot down on May 4, but the Georgians deny this. (See following article).

The Georgians and Abkhaz have exchanged proposals on how to defuse the crisis, but sources close to the negotiations tell IWPR that each side is demanding different things,

The Georgians are proposing discussions on Saakashvili’s latest peace plan for Abkhazia; measures to stabilise the situation in the security zone that separates the two sides; the establishment of a free economic zone in southern Abkhazia and other confidence-building measures; and talks on the return of refugees and internally displaced persons, and on the protection of human rights.

The Abkhaz have a completely different agenda – they want to talk about removing Georgian armed forces from the Upper Kodori Valley, whose the presence they say violates the ceasefire agreement; the lifting of Georgian sanctions on Abkhazia; the opening of a sea connection between their capital Sukhumi and the Turkish port of Trabzon and a possible road link with Turkey running through Georgian territory.

The escalation of tensions took place during the last month in office of Russian president Vladimir Putin, with his successor Dmitry Medvedev inaugurated on May 7. It comes despite improvements in Georgian-Russian relations on other issues, including a resumption of direct air travel between the two countries, which had been suspended for a year and a half.

However, other recent developments have only added to the tensions. Moscow has withdrawn from CIS sanctions against Abkhazia and has authorised official contacts with the de facto government there. The Georgians have accused Moscow of behaving aggressively by deploying extra troops and shooting down their drone. For their part, the Russians allege that Georgia is concentrating troops on the border with Abkhazia and preparing for military action.

According to the Itar-Tass news agency, the extra Russian troops in Abkhazia are equipped with around 30 armoured vehicles, artillery and anti-aircraft weapons.

General Vladimir Shamanov, who heads the Russian military’s department for troop preparations, told journalists that the defence ministry was keeping an eye on the situation in “the conflict zone”. “All the necessary measures are already being taken,” he said.

The consensus among Georgian analysts is that Moscow is taking steps to thwart Tbilisi’s hopes of joining NATO. Foreign ministers from the alliance are set to review Georgia’s bid for a Membership Action Plan in December.

“Georgia is in a state of transition. We are about to have a parliamentary election [on May 21] and there is also discussion of the NATO Membership Action Plan,” said David Darchiashvili, head of the Open Society Institute in Georgia and a pro-government analyst. “Russia is trying to use this time to destabilise Georgia to the utmost.”

Analyst Shalva Pichkhadze agreed, saying, “Russia’s aim is to provoke instability in Georgia, trigger a conflict and by doing so make the West understand that Georgia should not be accepted into the alliance.”

Russian foreign minister Sergei Lavrov has alluded to the NATO issue, saying, “The number of our peacekeepers in Abkhazia is being increased because the Georgian side is making statements that make us fearful of provocations. I hope the right conclusions will be drawn in Tbilisi and in those capitals that are pulling Georgia into NATO.”

The main topic of discussion in Georgia is whether war is going to break out.

Local media are broadcasting statements from Moscow warning that if Georgia attacks, Russia will support its citizens in Abkhazia. Tens of thousands of people in Abkhazia now hold Russian passports.

The article said that Russian and Abkhaz forces were preparing to attack the Upper Kodori Valley, the only part of Abkhaz territory under Georgian control.

However, many people still think war can be avoided.

“I understand that the situation is tense,” said Sophiko Alavidze, 34, who lives in Tbilisi. “Russia is not even trying to conceal its aggression, but we have known for a long time that that’s how it behaves. I don’t think Saakashvili will do anything. He has enough problems already, and war in Abkhazia would mean the end of his authority and take Georgia back to its dark past.”

“If you begin a war you have to be sure you will win it,” said 42-year-old Merab Kvernadze. “And I have no confidence in that. Georgia is not yet ready for that. I think they understand that in the government.”

Another Tbilisi resident, Shalva Pichkhadze, said the most important thing was for the Georgian government to resist the temptation to use the crisis to strengthen its position in the parliamentary election.

“The worst thing that it can do is use the situation for its internal political goals, especially before the elections.”

Political analyst Archil Gegeshidze said Georgia should display “maximum restraint, while holding constant consultations with its Western partners and taking decisions that have been agreed with them. This is necessary to prevent an escalation of the conflict.”

Dmitry Avaliani is a correspondent with 24 Hours newspaper in Tbilisi.