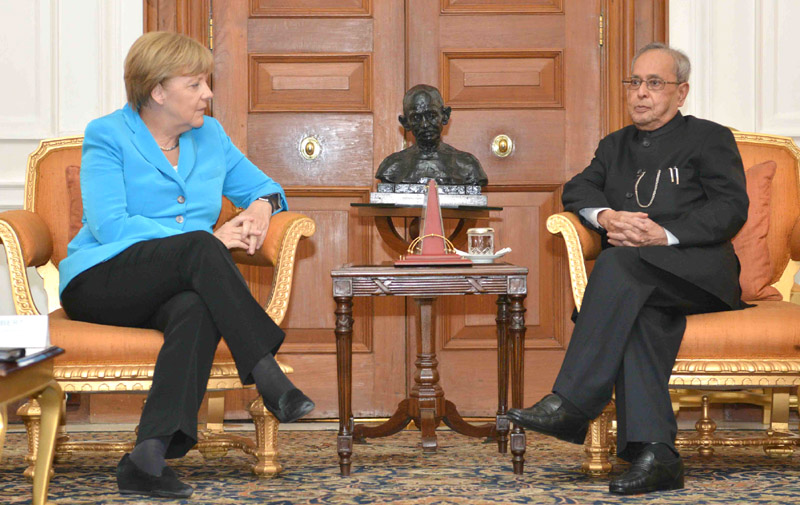 Welcoming Dr. Merkel, the President said India attaches high importance to its strategic partnership with Germany. Her visit reflects the depth of relations between the two countries. Relations between two countries are founded on common principles of democracy, rule of law and tolerance. Germany has contributed substantially to India’s economic development over the years. India looks forward to taking bilateral economic linkages and collaborations to a new level. India believes that Germany can play a significant role as its partner in economic co-operation. India and Germany should work for closer integration of their economies and greater political understanding. There are immense possibilities for improving relations.

The President said bilateral trade between India and Germany was USD 20.33 billion in 2014-15. Germany is India’s largest trade partner in the European Union. It is also a leading foreign investor. He said the year 2015 has been a year of intense bilateral exchanges between the two countries. He expressed hope that the deliberations of the 3rd Indo German Intergovernmental Consultations will help further strengthen the relations.

The German Chancellor warmly reciprocated the President’s sentiments and said India is Germany’s largest development partner. Germany shares common values with India. The world economy remains fragile and the two countries need to work together to stabilize it.