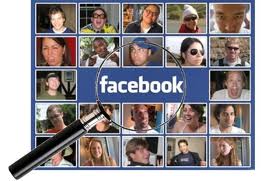 Germany’s premier spy agency will be monitoring Facebook and Twitter as part of its metadata collection program called: “‘Real time analysis of streaming data”, the project will be part of the “Strategic Technology Initiative” (SIT) and is reportedly due to run until at least 2020.

Dubbed ‘Real time analysis of streaming data, the “Bundesnachrichtendienst” or BND spy agency “intends to improve its technological methods in order to be able to systematically analyze blogs, online forums and portals, such as Flickr, Facebook and Twitter…[where] messages, pictures and further data are exchanged among members,” German daily Süddeutsche Zeitung reported.

The surveillance project will be part of the “Strategic Technology Initiative (SIT)” and is reportedly due to run until at least the year 2020.

Its reported BND’s project would allegedly also include the analysis of metadata.

Metadata is “data about data”. The term is ambiguous, as it is used for two fundamentally different concepts (types). Structural metadata is about the design and specification of data structures and is more properly called “data about the containers of data”; descriptive metadata, on the other hand, is about individual instances of application data, the data content.

In addition to the increased internet surveillance, the BND also plans to ” improve technology for automatic face image and biometric recognition.”

The BND is the foreign intelligence agency of Germany, directly subordinated to the Chancellor’s Office. Its headquarters are in Pullach near Munich, and Berlin. It collects both military and civil intelligence.

The BND acts as an early warning system to alert the German government to threats to German interests from abroad.

Like the NSA or National Security Agency in the United States, it depends heavily on “wiretapping and electronic surveillance of international communications.” It collects and evaluates information on a variety of areas such as international non-state terrorism, weapons of mass destruction proliferation and illegal transfer of technology, organized crime, weapons and drug trafficking, money laundering, illegal migration and information warfare.