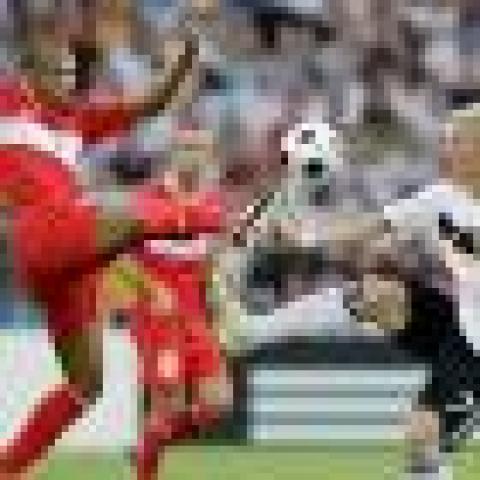 Philipp Lahm  netted an 89th minute goal to propel Germany into the finals of the Euro 2008 with a hard-earned 3-2 win over Turkey on Thursday.

Ugur Bogal put Turkey ahead in the 22nd minute, but Germans restores parity when Bastian Schweinsteiger angled one in four minutes later.

Germany have now qualified for the European Championship final for a record sixth time and the first time in 12 years.

Philipp Lahm became the eighth player to score the winning goal in the 90th minute or injury time in European Championship history and the third player to do so at Euro 2008.

Germany’s Lukas Podolski is currently the Most Valuable Player at Euro 2008 with three goals and two assists.

Turkey collected a total of 17 cards at Euro 2008. Only two nations have collected more cards in a single European Championship edition (Greece 18 in 2004 and Czech Republic 19 in 1996).

Germany celebrated the victory, but so much credit must go to Turkey for a magnificent effort that deserved so much more.

*(News extracted from the match Live and BBC sports)