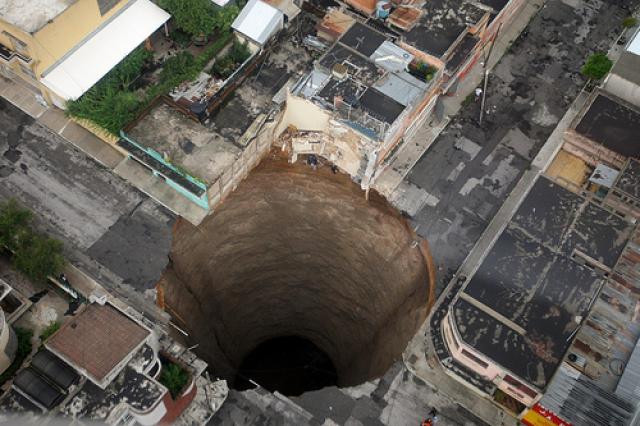 An enormous sinkhole appeared in Guatemala in the aftermath of tropical storm Agatha, swallowing a three-story building and a house, according to CNN’s sources.

The sinkhole, which appears too extreme to be real, is shown below in a photo released by the Guatemalan government. 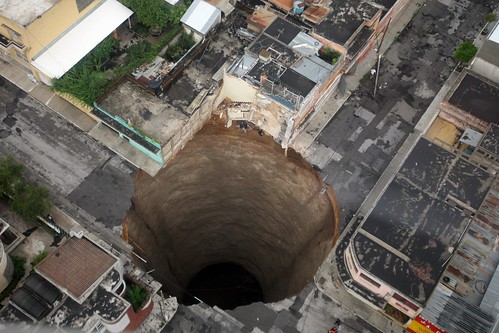 100 people were killed in the wake of the storms.