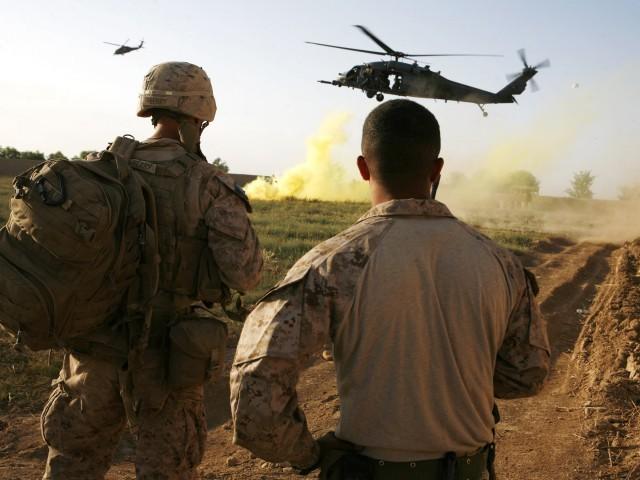 Jamshed Ahmed Khan:
After the 9/11 incident United States decided to uprooted Al Qaeda and Taliban government in Afghanistan, the United States also claimed that it would not only dismantling Al Qaeda and Taliban government but it would help to create a viable democratic setup in Afghanistan. U.S was fully aware of Pakistan influence in the region that’s why before attacking Afghanistan U.S clearly asked Pakistan ex-president, Gen Musharraf, that “Pakistan has only two choices either you with us or against us”. Although the majority of Pakistanis were against the government decision, Musharraf regime decided to become the U.S ally against a war on terror, it is to be clear that war on a terror lately proved as a so-called war on terror. After Musharraf decision, Pakistan became the most important ally of U.S led coalition.

After the short and week resistance of Taliban and Al Qaeda U.S and NATO successfully stepped on Afghan soil. After the U.S occupation, most Taliban and Al Qaeda followers escaped to FATA (Federally Administrated area). Shortly U.S start demanding to Pakistani authorities takes actions against them. After continues demands of America Pakistan sent their troops to FATA for the first time in the history of Pakistan. In the year 2004 Pakistan sent troops to FATA to takes actions against terrorists and America started drones attacks. With such actions of U.S and Pakistani troops, Terrorists clearly announced Pakistan as an enemy for them.

Terrorists started their activities against Pakistan. In 2007 they openly formed TTP (Tehreek-e –Taliban Pakistan). After the formation of TTP, they spread in different parts of FATA. Taliban were being spread while Pakistan army was after them. Afghan war turned into Pakistan soil and enormous sacrifices made by Pakistan. Taliban destroyed hundreds of schools and many other educations in statutes, government office, police stations, Bridges, many kinds of industries like hoteling, marble factories, and tourism etc. according to recent information’s by Pakistani officials that Pakistan lost nearly 100 million $ and the U.S has paid to Pakistan less than 30 million $. More than 35000 people have been killed in U.S drone attacks and suicide attacks and much more terror incidents. On the other hand, U.S has so many ifs and but about Pakistan army and its secrets agency ISI. The blame game is playing between both the allies. But the same thing is happening from Pakistan side also. Pakistan also doesn’t believe and trust U.S in the current scenario.

From the beginning of on going war on terror people in Pakistan and Afghanistan believed that its war against Islam, U.S led coalition never try to eliminate such perception and believe of the people. With every passing moment, U.S including Pakistan strengthens their power and actions against their enemies. With the huge number killing of innocent by the Pakistan Army and U.S drones attacks the perception about on going war “its war against Islam” be come more and more stronger all the time.

After the fall of Taliban government it was needed to work for the betterment of affected people but unfortunately, it didn’t. The war on terror is still proceeding towards the endless results, the anti-Americanism is strengthening all over in Pakistan, and the same perception is strengthening in most part of Afghanistan. The impact of this war is completely negative on the society, it’s pushing the society towards radicalization and extremism, intolerance is on the peak and its spreading every where in the country.

After the ten years of fighting the allies have no result, billions of dollars have been wasted, up till now U.S and Pakistan can not even develop understanding and trust with each other, so it’s mean that now they should stop fight and give peace a chance and work for the betterment of effected people. Such things can stop anti-Americanism.