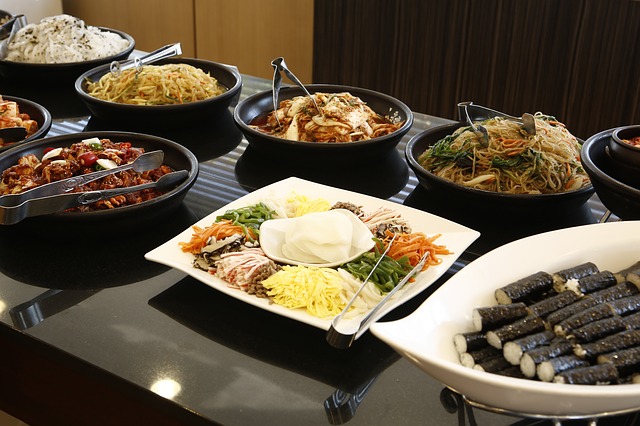 If you’ve ever gone to the fridge and found it empty and decided that you need to eat out, but wanted to escape the tyranny of the menu, you have probably at one time considered an all-you-can-eat buffet.

Buffets are great! The sheer quantity of food available weighs more than you do, and it’s all yours for the taking. You have complete control over what makes it onto your plate. You control the portion size as well and, if you’re creative, the order of appearance.

You can eat dessert first, knowing full well you might be eating nothing else by the time you’ve sampled all there is to offer. Or you can heed your conscience and dish up a big pile of something green and leave out those annoying elements that would come with a restaurant salad whether you like them or not. (Seriously, who eats raw mushrooms?)

King of the all-you-can-eat buffets is the Golden Corral. Check out their menu at top restaurant prices. Forget any of that negative stuff you read on Yelp. (Really, dude. Two stars because you had to wait in line? That just means the food is good enough to attract lots of people.) The food is better than good, the place is clean, and the service is friendly. They honestly don’t care if you try to bankrupt the place eating all the shrimp.

Visiting Golden Corral is more like Disneyland than a restaurant. You pay one price to get in and then just go where ever you want, take any ride, see any exhibit. You want to try it all, but there’s no human way to do it in just one day. And they have rides for kids and rides for adults, just like Disneyland. (To be fair, there are no costumed mascots like Goofy or Mickey Mouse. Neither is there a souvenir shop. If you want that, you should probably try Chuck E. Cheese.)

There is the clear and present danger of just going where ever looks good and eating whatever first catches your eye. Beware! You shouldn’t do this. You’ll fill up on something good only to realize there are ten things you wanted to taste even more, but now have limited room. To negotiate the maze of Golden Corral successfully, you need strategy.

Don’t get any soup, unless you’re really, really a fan of clam chowder. In terms of nutrition for volume, soup is one of the worst. Poor people fill up on soup. At Golden Corral, you are an aristocrat, at least for an hour or so.

Don’t eat dessert first. Especially anything made of chocolate! We all know how hard it is to stop once you’ve tasted it. If you start with dessert, there is a better than likely chance you won’t taste anything else.

Be wary of the urge to load up on filler foods, like mashed potatoes or noodles. They feel like they belong with other more expensive dishes like roast beef or spare ribs, but it’s just your brain habit talking. Don’t plop something on your plate just because you would at home. French fries and pizza are tempting, but say no. You’ll thank me later.

Enjoy every bite. There’s no hurry.

Take deliberately small portions. You can and will go back for more if you want, but if whatever you sampled didn’t turn out to be as tasty as it looked, you haven’t wasted plate space on a loser.

And speaking of losers, don’t expect your favorite dish to be made just the way you like it. Golden Corral is armed and engined for volume. Some of the stuff may stay out too long, losing flavor and moisture. Pass it by.

This is also a time to try new things, and you should. After all, it’s all included in one price, so look at it as part of a free education. You might finally find Brussels sprouts cooked in a way you enjoy. (Okay, that was a stretch, but the principle holds. Try new stuff!)

Popcorn shrimp are almost all batter and very little meat. Tempting as they look, they never fail to disappoint. Same with onion rings, but without the high expectations.

If you like barbeque ribs, you’re in for a workout to get much meat out of one plateful. But there’s no limit, so if ribs float your boat, go for it.

What are the winners? Some will surprise you. A plain, everyday dish like meatloaf when seasoned imaginatively and served fresh and moist will easily beat the roast beef. A good clue as to what is good is that the serving tray is almost empty. That means others are taking to it and so should you.

Better get some before those pigs get it.