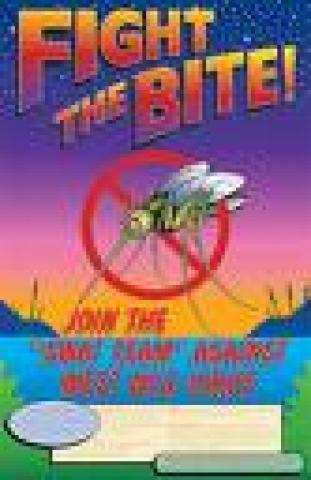 GLOBAL CLIMATE CHANGE AND THE SPREAD OF DENGUE

Dengue is a human disease caused by any one of four serotypes of dengue virus. Dengue fever is a common affliction throughout the tropics, characterized by fever, rash, muscle and joint pains, and severe prostration especially in adults, but usually the disease is followed by complete recovery. Dengue hemorrhagic fever is a severe form found usually in children and most commonly in Asia. It is complicated by hemorrhage, shock and sometimes death. Dengue hemorrhagic fever cases in Thailand in 1990 numbered more than 300,000.Dengue hemorrhagic fever usually occurs in children having a second infection with a serotype different from the first infecting virus. Small amounts of residual antibody after the first infection, enhance the infectivity of the second dengue virus and hence, for reasons that are not completely understood, enhance the severity of the second infection. Dengue virus is in the family Flaviviridae which in addition to dengue is comprised of yellow fever, Japanese encephalitis and viruses causing other serious arthropod-borne diseases of people and domestic animals.

Dengue viruses are transmitted by mosquitoes. The virus replicates in the mosquito, a process that takes one to two weeks from the time a mosquito imbibes infected human blood until the virus reaches the salivary gland of the mosquito and replicates to titer high enough to be transmitted. This incubation period in the mosquito is shorter if the ambient temperature is warmer. The most common vector is Ae. aegypti, a mosquito that is domesticated and breeds in and around human dwellings; in flower pots, water storage jars, cisterns, metal cans, discarded tires, and any other fresh water containers that people leave standing. The mosquito does not survive freezing weather and, thus, is primarily a tropical vector. Historically, Ae. aegypti was transported long distances in drinking water aboard sailing ships. One of the classic descriptions of a dengue epidemic is that of Benjamin Rush in Philadelphia in 1780. The mosquito and dengue virus were imported to Philadelphia during the summer, but the mosquito did not live over the winter and the disease disappeared. Sporadic cases of dengue continue to occur in the northern U.S. in travellers from the tropics, but the virus is not now transmitted outside of the tropics and subtropics because of the lack of the vector.

What is it about dengue that makes it so likely to spread with global climate change? The dengue viruses are distributed wherever Ae. aegypti mosquitoes occur. The mosquito lives in the tropics wherever people live. The mosquito thrives in areas of high rainfall, but it also paradoxically thrives in desert areas because people often provide water containers for breeding. Ae. aegypti does not stand freezing weather, thus, it is limited to tropical and subtropical regions. Two aspects of global warming are particularly worrisome. Firstly, the warming is expected to be greater in temperate zones than in the tropics, and secondly, the warming is expected to be more marked at night than during the day. Both conditions favor the spread of the mosquito into the temperate areas. The warming at night is especially favorable to Ae. aegypti because it is the extreme temperature, i.e. freezing which occurs at night, that is most deleterious to the mosquito.

Another vector of dengue virus, Ae. albopictus, is widely distributed in Asia. This species has evolved in its more northerly distribution in Asia in a manner that permits it to withstand freezing. The northern form of the mosquito is triggered by shortened periods of sunlight to enter diapause, a physiological state of the egg that makes the egg resist cold temperature and delays hatching until the spring. Thus, the mosquito is able to survive freezing. Ae. albopictus was introduced during the 1980’s into the Americas and now represents a potential risk for transmission of dengue in the United States. The mosquito that established itself in the United States is the diapausing form, and it appears to have adapted well to the more northern states. Now in both Asia and North America, there is the potential with global climate change for the vectors of dengue to move further north, perhaps much further north than today.

The risk of explosive epidemics is enhanced because of two other properties of this vector-virus relationship. Firstly, within limits dengue viruses multiply more rapidly in mosquitoes at high temperatures than at low ones. Secondly, the mosquito also develops more rapidly at high temperatures than at low ones. This combination is conducive to a very short incubation period in the mosquito and rapid mosquito population increase. A short incubation period in the mosquito along with rapid population increase in turn can lead to more rapid, and sometimes explosive transmission in the human population. This prediction, however, should be accompanied by a caution. Warmer temperatures also lead to a shorter life span of the mosquito, and shorter life means less time to transmit the virus to another person. Some scientists hold that the short life span will favor less transmission even though the amplification of dengue virus will proceed faster at high temperatures. It remains to be seen which parameter will prevail.

A further concern is the rapid increase of the human population and the continued growth of cities in the twenty-first century. As the earth warms, and if conditions in the vast sparsely inhabited land masses in Canada, Alaska, and Siberia become more suitable for human dwelling, it is possible that new cities will spring up. The Aedes mosquitoes and dengue could follow if conditions are favorable.

Filed under: Health & Science
Share Tweet Pin G Plus Email
previous article: ASA- an institution of Bangladesh is at the top of all the micro finance institutions in the world
next article: 17 Year Old Teen From US Gives Christmas Gift Of New School