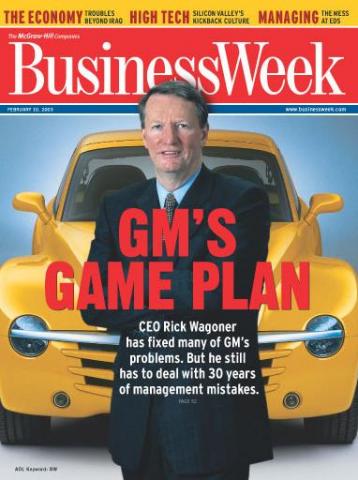 Rick Wagoner and General Motors must cut costs to keep their beleaguered automotive company from going bankrupt. One of the ways Wagoner plans to do this is by cutting his salaried cash costs by as much as 20 percent.

Sources say that Rick Wagoner and GM have offered some employees early retirement packages and will terminate others. They also planned to eliminate health care coverage for retirees over age 65. In addition to these measures, GM plans to sell off $4-7 billion in assets and suspend its dividend.

General Motors lost a record $38.7 billion in 2007 and they have been losing money since Rick Wagoner took over as CEO in 2004. The stock is trading at 54-year lows. GM has already cut 12,000 salaried jobs during Rick Wagoner’s tenure as CEO.

In efforts to turn the company around, GM announced they will turn their focus away from SUVs towards more fuel-efficient cars.