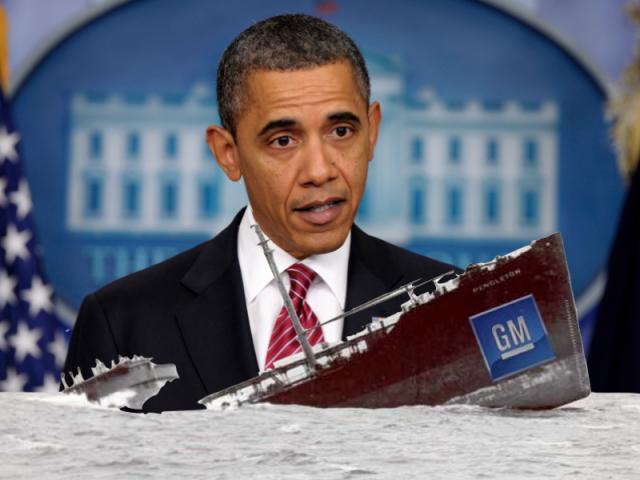 President Obama saved GM. At least that’s what we’ve been hearing over and over again. But have you ever asked yourself if it’s actually true? By the month of June GM reported a 16% spike in sales. That’s a fact! You might say GM is back on track, but if you take a closer look you will find out that it’s a whole different story. Obama wants you to believe that GM gained the ability to turn around the company on $50 billion in taxpayer dollars. What the government doesn’t want you to know is that GM never received $50 billion dollars, because $30 billion went to the UAW for stuff like: 7 weeks paid vacation each year, $74 an hour in salary and benefits and Health Care covering things like: lasik eye surgery, drug coverage…). So the President tells us that GM was able to do what they needed for just $20 billion dollars.

The National Legal and Policy Center reported "It looks like General Motors will be throwing everything in but the kitchen sink to help fluff its second quarter earnings numbers. Taxpayers continue to help with the cause as President Obama campaigns on the "success" of GM following the manipulated bankruptcy process that cost taxpayers $50 billion and another $45 billion of tax credits gifted to GM to help protect powerful UAW interests. We now learn that government purchases of GM vehicles rose a whopping 79% in June."

If you’d like an easier explanation, see how Seton Motley describes it "Meaning Barack Obama is now campaigning on the "success" of – the government buying cars from… the government’s car company. With our money. That’s like you setting up a lemonade stand for kids. You buy them the lemons, sugar, cups and pitchers – and then buy most of the lemonade yourself. Except you are President Obama. Your kids are the United Autoworkers Union. And the lemonade cost $50 billion. At least you get to tax your neighbors for the $50 billion."

Do the math, GM will go bankrupt again. At least if Obama gets 4 more years in office. Remember " When I have more flexibility!" ( hot mic situation with Dmitry Medvedev in Seoul on March 26th).