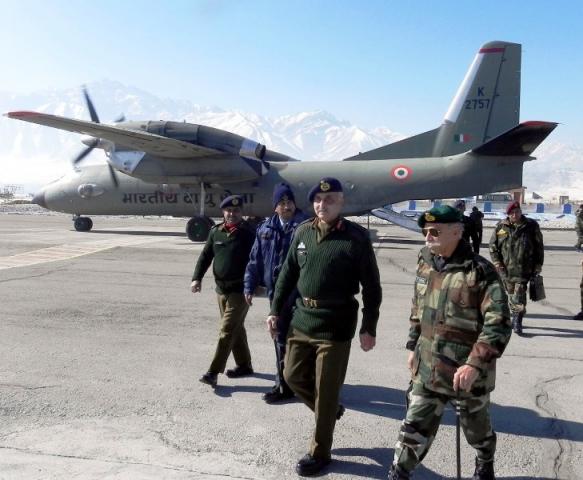 PRO said the Army Commander visited the Fire and Fury Corps Headquarters, where he was briefed by Lieutenant General RP Dastane, VSM, on the state of operational preparedness, training activities and numerous development works being undertaken by the formation in the remote region of Ladakh.  The General expressed appreciation for the Fire and Fury Corps in carrying out their assigned tasks whilst braving the hardships of high altitude, weather and terrain in the most challenging area of the country.