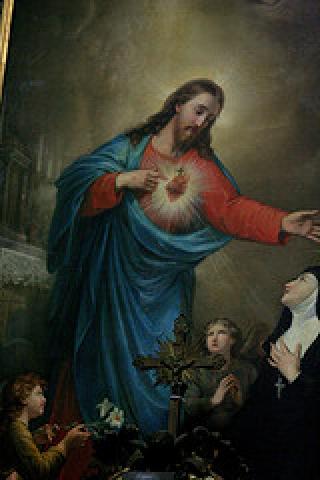 Commentary: Job was a man who loved and feared God and lived accordingly. He was a man who people described as a God fearing man that shunned the evils in life. He was a father to seven sons and three daughters. God prospered and protected Job abundantly because of his godly lifestyle. Job was considered one of the greatest men of the east. (1 Job: 1, 3)

I’m sure people have often asked the question why a man of Job’s stature could end up losing everything he had owned at one time. When we read the book of Job it begins with a heavenly debate between God and Satan, and it moves through three cycles of earthly debates between Job and his friends and ends with a divine diagnosis for Job’s problems.

In a conversation between God and Satan, Satan asks God, "Have You not made a hedge around Job, around his household, and around all that he has on every side? You blessed the work of his hands, and his possessions have increased in the land." (1 Job: 10)

God wants every single one of His children to prosper and to be protected along with their families and whatever they own; therefore, God blesses the work of people` hands and causes their substance to increase and not to decrease; but this is certainly not the purpose of Satan; he challenged God’s treatment of Job because Satan’s purpose was opposite than that of God. (1 Job: 10)

I can imagine the jealously conjured up in Satan because of God’s treatment and protection of Job. Satan is never satisfied to see people love and fear God because he’ll try in every way to entice and to corrupt a believer so they’ll become disatisfied with God.

It’s important for people to recognize that the security and impenetrability of the hedge relies on believing and living for God.

Satan could not stand for God to have protection around Job’s godly moral ways and he challenged Job’s goodness by proposing to God to test him since he is only good because of God’s constant  protection surrrounded him. God agreed and removed Job’s protection from him.

People can see here how a conniving Satan is and how he’ll do anything and everything possible to lead a Christian astray and away from God. Satan does this in every person’s daily life, he lurks in our backgrounds to lure and to tempt Christians; and he will succeed if a person loses their grip on their Christian life and allows sin to draw them into it web.

As people read in the book of Job, it is obvious that Job continually feared for the sins of his sons. He would rise early daily to offer burnt offerings according to their numbers, and he would say, "It may be that my sons have sinned, and cursed God in their hearts."

Job did this because he feared for his children. This is Job’s hole in the hedge. (1 Job: 5)

God agreed to remove Job’s protection and Satan started to work immediately to destroy Job. His livestock was stolen or destroyed, and his servants and children were killed and his home was also burnt; but none of this caused Job to curse God, Job arose and worshipped God, and said, "Naked I came out of my mother’s womb, and naked shall I return there: the Lord gave, and the Lord has taken away; blessed be the name of the Lord." Job did not sin nor charge God foolishly. (1 Job: 11 thru 19 and 20 – 21, 22)

Satan went so far as to afflict Job with sore boils from the sole of his feet to the crown of his head. Satan not only took away all that Job had but filled his body with pain and suffering.

Job’s wife also encourage him to curse God and die; but Job said to her, "You speak as one of the foolish women speaks; and she asks what shall we receive well at the hands of God, and will we not receive evil?" Even Job’s wife could not encourage him to sin against God with his lips. (2 Job:7 thru 10)

These verses capture the core of my soul (3 Job: 1 thru 3); Job curses his day and he said, "Let the day perish wherein I was born, and the night in which it was said, there is a man child conceived."

Job’s friends had come to mourn with him and to comfort him. Eliphaz asked Job, "Remember, I pray thee, whoever perished, being innocent? Or where the righteous cut off? His friends believed he was guilty of maybe a hidden secret or something else he had done; and they said, "If you’re pure and upright; surely you’ll awake, and make the habitation of your righteousness  prosperous; and know God exacts from you less than your iniquity deserves;" and this implied that Job hadn’t suffered and been punished enough for his sins. (4 Job: 7; 8 Job: 6; 11 Job: 6)

Job did not ever accuse God of any injustice to him.

Job’s confession of his errors didn’t stop his accusers and they continued to question him and to harass him but all of his friends were wrong about him. He had enough of their accusations and he began to defend himself by saying, "What you know, the same do I know also: I am not inferior unto you."

Job tells all of his friends he’s heard many things from them: miserable comforters are all of you. (16 Job: 1)

Job asked his friends, how long are you going to vex my soul and break me in pieces with words? You’ve approached me ten times and each time you’ve reproached me you’ve had "no" shame that you’re making yourselves strange to me? Job ended by saying, "God forbid that I should justify you: till I die I will not remove mine integrity from me. My righteousness I hold fast, and will not let it go: my heart shall not reproach me so long as I live." (Job 13: 2, 4)

Readers this is a message God wants people and Christians to realize that regardless of the torture Job’s friends had put him through and all of his personal losses, sufferings, and pains he would not succumb to curse and deny God. He stood firm and feared God regardless of his tragic circumstances. He remained a God fearing man as he was before God agreed to remove his protection. God proved Satan wrong and that Job would not waver in his faithfulness to Him.

This story ends with the three friends who came to help Job through his ordeal, God required Eliphaz, Bildad and Zophar to offer sacrifices because they "Have not spoken of Me what is right, as My servant Job has." Even though they had come to help Job, God had Job pray for each one of them. (42 Job: 8)

In John 10: 10 God restored Job’s losses as he prayed for his friends; and God gave Job twice as much as he had before. He also gave him seven more sons and three more daughters, so that Job would have twice as many children in the resurrection.

Readers God is never failing, He is good and the devil is bad. God always multiplies what is taken from His children and He’ll continually bless His children and proper them. Christians must not allow, "The thief does not come but to steal, and to kill, and to destroy. God came that people may have life, and they may have it abundantly." When people follow God’s word they will never go astray in their lives.

Source:
King James Version of the Bible, Verses as listed above.