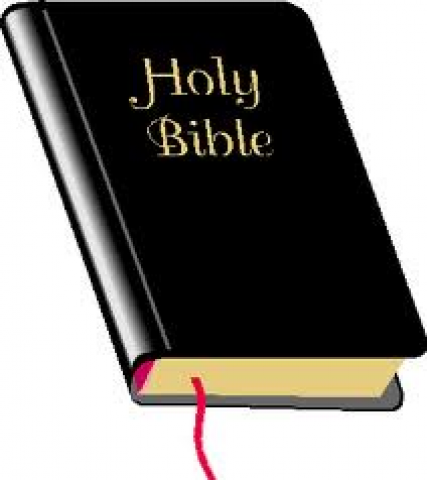 I am not a Priest, nor a Minister, nor a Pastor.

I am simply speaking an evangelist for The Holy Lord My God. It is my obligation, my duty, to share God and God’s Holy Word, the Holy Bible, when inspired by God through his Holy Spirit with my fellow man. This is what I am called by God to do and I do so joyously happily and humbly as God’s servant and child.

Many times I have written an evangelistic teaching as instructed by God quoting from the various Epistles and Letters of the New Testament.

I have often been criticised and told by my readers that they do not recognize the epistle writings and teachings of especially Paul, but also the other writers too, to be teachings from Jesus or from God, therefore it is okay to ignore the teachings.

A perfect example is the article I wrote last week, Christianity is Rebelling, where I quote:

A nameless commentor stated that since the quote was from Paul and Paul was human, Paul was in error in this teaching.

The commentor further went on to state that they only recognized the Gospels of the Bible, because they meaning the commentor was a “Christian”.

Thus they were declaring only the Gospels as being from Christ, and Christian.

What a shame! Woe unto this commentator! What does that make the rest of the Holy Bible?

The thing is though, the Holy Bible is of God, from God, inspired by God through his Holy Spirit.

So to say that Paul is in error, is to say that God is in error, thus making the entire Holy Bible merely a book of stories and anecdotes not the “Word of God” and to take that one step further The Word aka. Jesus Christ was just a story teller, making his death meaningless.

How dare this nameless commentor dare to make such a hypocritical possibly blasphemous statement about God’s Holy Word, the Holy Bible.

Funny thing about this is that this commentor, who remains still nameless because they will not reveal their name happens to also be a “Pastor” It makes me wonder. What kind of a “Pastor” can this person be when he refuses to acknowledge the Epistles of the Holy Bible as being of God from God, saying Paul was in error because he Paul was human and didn’t understand what Jesus was teaching through him.

To say something like that is to say that Jesus, God didn’t know what he was doing or saying. For God that would be impossible.

What about the Old Testament, and the Book of Revelation by John?

Maybe because John wrote the book of Revelation revealed to him personally by Jesus it too is in error as John was just a “Man”.

It is because of this attitude of indifference to the Epistles that I chose to write this article. How can any so called “Christian” state that only this part of the Holy Bible, or that part, is Christian, and is from God?

Either the Holy Bible in its entirety is from God or none of it is. You cannot pick and choose which book of the bible you will or will not follow.

How can any righteous Christian state that they can ignore this part because it is only for the Jews, or choose to ignore that part which is not from the 4 Gospels?

If these sections have no worth to a Christian, then why did God incorporate all 66 books into the Holy Bible?

As a Christian is your “Faith” solely built upon the 4 Gospels Matthew, Mark, Luke, and John, and Revelation or does it also include God’s teachings in the “Old Testament” and the Epistles and Letters of the “New Testament”?

Do you view the books of the Old Testament merely as writings for the Jews?

Do you view the Epistles from Acts to II John as being from man and not from God?

Do you view it as the Holy book that it is, a book created by God himself, containing God’s holy thought, God’s teachings, God’s unlimited knowledge and wisdom?

Do you see it as God’s words, shared with man by the Holy Spirit’s inspiration written by the hands of man?

Do you see the stories within the Holy Bible, merely a quaint little stories handed down from generation to generation, or maybe as anecdotes of partial truths just to give the bible some form of historical ligitimacy?

Do you even bother to pick it up and read it?

Are you aware that every problematic situation in life that you might face, regardless of whether or not you are able to properly deal with it can be found and explained and dealt with and is dealt with within the Holy Bible?

Do you know and do you believe that if you have a situation occuring in your life, that you can’t understand, and can’t figure out how to deal with it, God can guide you to the answer and it’s in the Holy Bible?

The Holy Bible is the “Word” of God himself. The Holy Bible is a collection of God’s knowledge and wisdom shared by God in the 66 books from Genesis to Revelation dealing with such subjects as creation of life and man, to the handing down of God’s laws and rules for mankind, to how God dealt with sinfulness and disobedience, to the prophecy of Jesus Christ, the Advent of his arrival, Jesus ministry of three years, Jesus teachings, His death and resurrection, his further teachings to people like Paul up to Jesus prophecying through John in the book of Revelation concerning the time of his return to earth and the events to take place during his return.

If as a so called “Christian” you only concern yourself with the Gospels and maybe the Book of Revelation because they hold the teaching words of Jesus Christ, you are not a “Christian” but, a “Lukewarm” pretender.