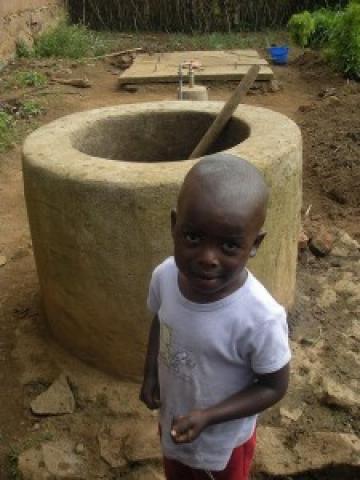 Crossposted from the Worldwatch Institute’s Nourishing the Planet.

Many of us are thinking about the changes we want to make this year. For some, these changes will be financial; for others, physical or spiritual. But for all of us, there are important resolutions we can make to “green” our lives. Although this is often a subject focused on by industrialized nations, people in developing countries can also take important steps to reduce their growing environmental impact.

“We in the developing world must embark on a more vigorous ‘going green’ program,” says Sue Edwards, Director of the Institute for Sustainable Development (ISD). “As incomes rise and urbanization increases, a growing middle class must work with city planners to ensure our communities are sustainable.”

ISD’s Tigray Project recently received the Gothenburg Award for Sustainable Development 2011, shared with Kofi Annan, Chairman of the Alliance for a Green Revolution in Africa (AGRA). Since 1996, Tigray has worked to help Ethiopian farmers rehabilitate ecosystems, raise land productivity, and increase incomes through such practices as composting, biodiversity enhancement, the conservation of water and soil, and the empowerment of local communities to manage their own development.

Broadening sustainability efforts is essential to solving many of the world’s challenges, including food production, security, and poverty. The United Nations has designated 2012 as the International Year of Sustainable Energy for All.

Hunger, poverty, and climate change are issues that we in the developing world can help address. Here are 12 simple steps to go green in 2012:

Urbanization is on the rise throughout the developing world. According to the United Nations, the highest urban-area growth is 3.5 percent per year in Africa. But waste management is not keeping up with population growth. It is inefficient in urban areas and virtually nonexistent in rural areas, resulting in the pervasive unloading of waste in unmanaged dump sites and bodies of water and endangering public health.

Over the last two decades, roughly 75 percent of human-made carbon dioxide emissions were produced by fossil fuel burning. Coal and other environmentally polluting fossil fuels can be replaced by renewable resources, including biofuels. Globally, some 25 million homes convert biogas into energy for lighting and cooking, including 20 million households in China and 3.9 million in India.

In 2007, Australia became the first country to “ban the bulb” and began a process to replace incandescent light bulbs with more efficient compact fluorescent bulbs. By late 2010, incandescent bulbs had been totally phased out, and, according to the country’s environment minister, this move has made a big difference, cutting an estimated 4 million tons of greenhouse gas emissions by 2012. The Ethiopian government is the first in the developing world to consider banning incandescent bulbs. Its distribution of 5 million compact fluorescent lamps (CFLs) has created energy savings of 75 percent.

Worldwide, 900 million people do not have access to safe drinking water, and more than 4,000 children die each year from preventable diseases. As a result, many consumers use bottled water. We consume 200 billion bottles of water globally. It takes 1.5 million barrels of crude oil to produce these bottles and 2.7 tons of plastic, 86 percent of which ends up as garbage or litter.

Each of us requires 3,000 liters of water a day to meet our dietary needs. Yet half of people worldwide live in countries where water tables are falling. Because 70 percent of water is used to irrigate agriculture, it is important that we better conserve water as we grow our food.

Thirty of the world’s 50 most populous cities are located in the developing world, mostly in hot climates. Use of air conditioners increases 20-35 percent annually in developing countries, and the related chemicals emitted are stalling the global effort to heal the ozone layer, the part of our atmosphere that protects the planet from harmful solar rays.

Each year, roughly a third of all food produced for human consumption—-approximately 1.3 billion tons—-gets lost or wasted, according to the United Nations Food and Agriculture Organization. In the developing world, this often happens because of premature harvests or a lack of proper storage facilities, sufficient infrastructure, or appropriate preservation methods. Every metric ton of food waste sent to landfills emits 4.5 times the amount of carbon dioxide, and decomposing food in landfills produces methane, a greenhouse gas that is 25 times more potent than carbon dioxide.

Rice, wheat, corn, and soy are the crops that modern agriculture focuses on most. Reliance on so few crops is dangerous. The 2010 drought in Russia decimated a third of the country’s wheat harvest, and the developing world felt the shock as food prices skyrocketed. Indigenous and traditional crops, however, are often hardier and more resistant to pests and disease.

Globally, we have lost 13 million acres of forest each year since 2000. In Latin America, the expanding popularity of cattle operations and soybean farms trumps preservation of the Amazon. Brazil is the fourth largest emitter of carbon dioxide, not because of industry or automobiles, but because of deforestation.

Fourteen million people in Africa migrate from rural to urban areas each year, and studies suggest that by 2020, an estimated 40 million Africans living in cities will depend on urban agriculture to meet their food requirements. Home gardens helped families in Kibera, Nairobi, survive when unrest after the 2008 elections shut down roads and prevented food from coming into the city. And the sale of garden surplus is an excellent way to supplement family income.

The World Bank estimates that 50 percent of an average developing country’s solid waste can be composted. By repurposing compostable waste such as food scraps, wood waste, and paper and cardboard products, we can reduce landfill space and add reclaimed nutrients to our agricultural efforts

12.  Eat meat that is raised right…and eat less of it.

Livestock are raised on a third of the Earth’s land, accounting for approximately 18 percent of all human-caused greenhouse gas emissions. In the developing world alone, 1 to 2 trillion cubic meters of water per year is needed to raise crops for these animals. Global meat production has increased 20 percent since 2000, and nearly 90 percent of additional growth is expected to occur in the developing world, predominantly on large, industrial farms.

The most successful and lasting new year changes are those that are practiced regularly and have an important goal. As we embark on this new year, let’s all resolve to make 2012 a healthier, happier, and greener year for all.

Filed under: Lifestyle, World
Share Tweet Pin G Plus Email
previous article: Uganda: The King of Buganda Sparks Controversy Over Child Out of Wedlock
next article: Use and Capacity of Global Hydropower Increases