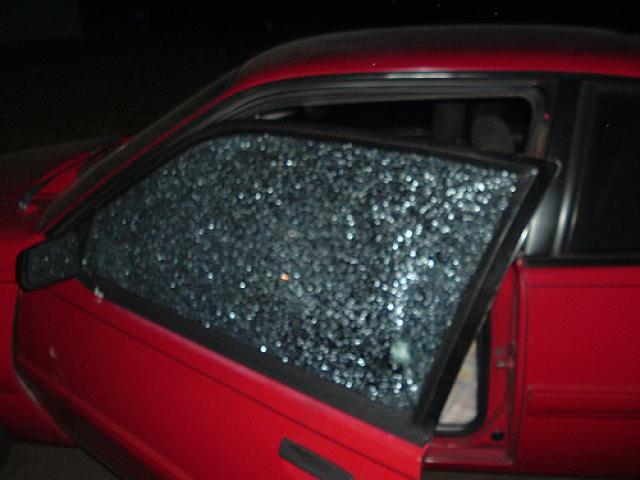 Here is a good news for car owners and users. They need not worry about the possible threat of car thefts. Here comes a remedy.

Four final year IT students of Tamil Nadu Engineering College, Coimbatore, have invented a gadget that could ensure the safety of your cars from the car thieves.

The gadget is powered by blue tooth technology and is designed in such a way, that if a thief gets into the car, he cannot drive more than five meters (the range of the blue tooth).Once this specified range is crossed, the thief gets locked in, engine shuts off automatically and the burglar alarm turns on. All these process happen simultaneously.

Four students namely Kavitha, V.Jeevanandam, R.Keshavamurthy and John Joseph worked as a team for the project for a period of six months sourcing components from the local market.

The idea and the solution arrived at in  the project according to the students was to make the car completely immobile when a stranger gets in, to lock the thief inside, to shut off the engine so that he is unable to flee.

Each instrument is priced at Rs 3,000/-. If the gadget is produced in bulk, the cost will come down, Keshavamurthy said. Their next aim is to safeguard the invention from the intellectual property thieves, said Kavitha.

The four students fervently hoped that the intellectual ownership would be safe from those preying on young technocrats like them and added that other costlier methods like patenting could not be attempted due to lack of funds.

Let us hope that the young technocrats achieve all success in their inventive venture and do not become prey to unscrupulous persons, from unexpected quarters.