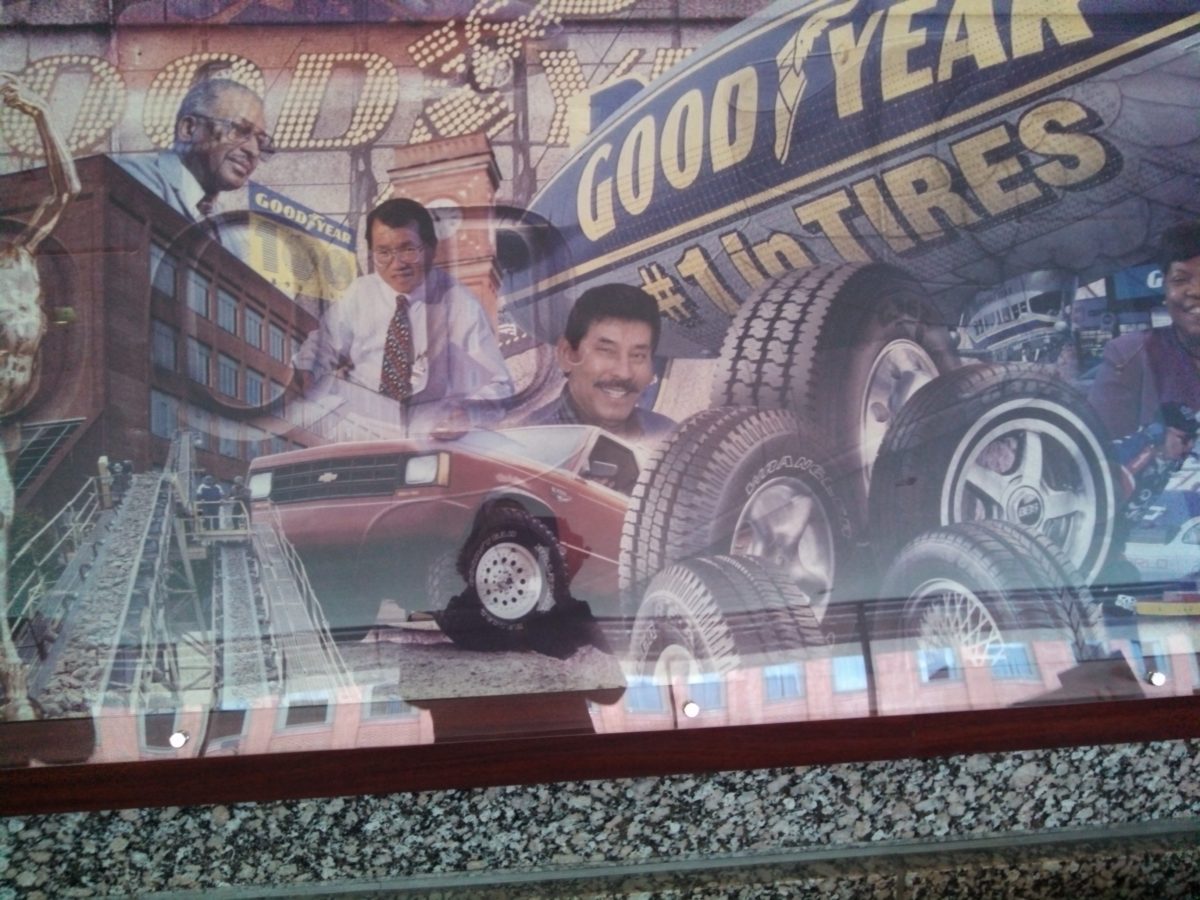 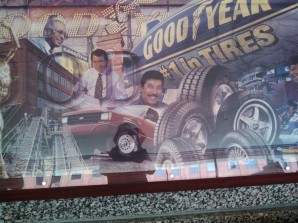 When I was in elementary school we were actually taught that when the question was where are you from? The answer was Akron, Oh – Rubber Capital of the World. And then we were not.

I think if they could have moved out of the country and off the planet that they would have to get away from the contentious labor situation.

Rubber Capital of the World

I grew up in Akron, Oh. I drove past Goodyear and Goodrich and Firestone but I never had a reason to go inside. These companies that discovered rubber and made tires changed our world and changed everyone’s world. Yet the rubber companies did not affect me on a daily basis.

On one hand my life was intricately involved with Goodyear and on the other hand we did not know each other at all. It is kind of like the way we think of celebrities. We know about them, but they don’t know about us.

GOODYEAR is the last tire company left in Akron.

Actually, a part of them moved a long time ago. Tires are no longer made in Akron. Only the corporate offices remain. But that is a really big deal for Akron and Northeast Oh.

So Goodyear moved their offices a half mile. The 2 million square foot building they left behind is standing at attention, waiting for its next tenant. The building was opened to the public as a prelude to the auction of just about everything not nailed down. The executive suite was known as Mahogany Row. The all marble bathroom had taken on an urban legend of its own.

I went to meet this suitor that I had never met in person, the interior of Goodyear.

Besides the fact that in 2013 a marble bathroom is not such a big deal, is that we all make decisions that affect people we will never meet. The original scions of rubber cast very large footprints. They established museums and country clubs, all kinds of non-profits and profits. Just think of the furniture stores that cropped up to sell to these companies. They established their own country club and introduced golf to the area at the very start of the last century. I’m relatively sure they made many bad decisions too. Bad for “the little people”, bad for the community, and even bad for their own shareholders.

We may never be the CEO of a Fortune 50 company, but we all make decisions that affect people. People we may never meet.

Are we good stewards of their future?

Filed under: Automotive, Business
Share Tweet Pin G Plus Email
previous article: Ukraine is ready for changes
next article: Free things to do in Boston