Apple sets the trend and everyone follows it. This is exactly the way the tech market has been functioning for quite some time now. No sooner did Apple announce its HealthKit app and features at the WWDC 2014, that Google has started planning to launch an app that takes care of your health.

Google Fit is the latest health services that Google has plans to launch in response to the Apple’s HeathKit app. The app Google Fit, supposedly collects the aggregate data of your fitness and summarizes it.

Later this month, on June 25th and 26th, Google will be holding its annual I/O Conference for Developers. Rumor has it that the company will launch their latest and anticipated app. This is a direct challenge by Google to Apple’s HealthKit app which was announced at the Worldwide Developers Conference 2014. 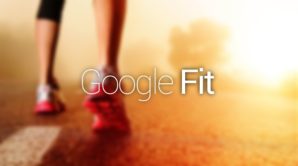 Google Fit is rumored to make tie ups with other wearable gadgets, which let you track and determine the number of steps, and the heart rate of the user. We have still not received any confirmation regarding the integration of this Google Fit app into the next Android version, or whether this app is intended to standalone, and it is left for the Android users to download. However, the Google Fit app has already many heads turning towards it, so naturally the expectations from the upcoming app is already high.

During the last month, we had so many things that Google has managed to keep under the veil. Although, half of the world is curious to know the exciting Google launches, we are just made to wait until the company makes its announcements at the I/O.

Several developers are said to be working on making Google Fit a faultless app, to compete and defeat Apple’s HealthKit. According to reports, different sessions have been held to examine and develop the app so it could compute with the other wearable gadgets, communicate with cloud, etc.

The biggest hurdle that Google is/will face is the complications regarding the privacy of the data collected about a particular user. Most of us are sensitive about our personal data and especially about our health. Therefore, it is a must that such apps should be designed in such a way that, such sensitive information must be preserved and not made public.

According to the CEO of Digital Health Care Platform, the Google Health, which made its debut and soon exited in 2012, was a failure because the customers or the users of that app did not want to aggregate the data concerning their fitness.

While designing an app targeting the Health of an individual, the developers must understand that their audience, work for rewards and feedback. They need information too, but not a summarized aggregated representation of data.

Besides being a response to its rival, Google Fit is also a comeback after the Googe Health app which failed badly.  So naturally, we expect more from Google this time.

Big companies such as Apple, Google and Samsung, are the game changers of today’s International market. What they do, what they develop and how they do it, has everyone’s attention all the time. Now that these companies are taking interest in their user’s fitness, all the other companies will soon launch their individual apps, and the game goes on.

However, we cannot speculate or suggest anything regarding the app as of now, since it is only a rumor until June 25th and 26th. The company, has made no official comments regarding Google Fit till now. So we assume, Google will show us what’s under the veil only during the I/O.