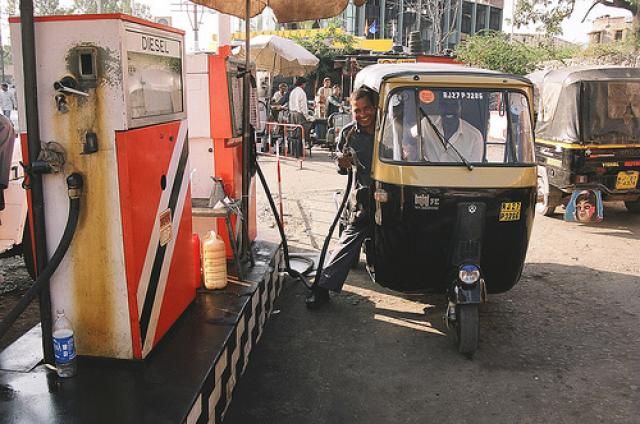 The unprecedented price hike of petrol, diesel, and cooking gas, announced by the UPA government has triggered countrywide agitations sponsored by opposition political parties, especially from the left. The sudden rise in prices and the resulting political tensions have paralyzed life in a number of states in the country.

The UPA government had been toying with the propsect of raising prices for weeks, as well as dilly-dallying with the situation in the wake of the stiff opposition from the left parties. Ultimately, it had no option but to announce the price hike.

The rise in prices of cooking gas has hit the middle class the hardest, which has historically struggled to make ends meet in the country.

The states of Delhi, West Bengal, Kerala and Andhra Pradesh have been paralysed yesterday when public transportation ceased to operate altogether, a direct result of community protests and strikes known locally as "bandh." West Bengal witnessed two days of protests, in deviation from the one-day tradition of local community rise-ups, sponsored by the ruling left front and called by Trinamul Congress. In Tamil Nadu, bandh sponsored by the left parties has been announced tomorrow, and parties like AIADMK and MDMK have proposed to announce their own bandh.

Political parties have used unique methods to attract the attention of the public to the burning problem. A car was towed by a bullock cart, two wheelers were traveling in the carts, a gas cylinder was garlanded and worshipped in Delhi.

Though the left parties as well as BJP called upon the government to withdraw the price rise, there was no response from the government.

On initiatives taken by Congress leader Ms.Sonia Gandhi and the Prime Minister Mr.Manmohan Singh and the BJP, in the states ruled by them, called upon the State Governments to cut sales tax on  petroleum products.Thanks to the respective state governments who agreed to cut down the sales tax. In Andhra Pradesh, the state government  has decided to spare the people from the proposed hike in cooking gas.

Despite of the hostility against the price rise of fuels and calls for the government to take back, the decision the Central Government remains firm and passive.

Is their any remedy for a common man? Prime Minister Manmohan Singh has recommended major cuts in ministerial expenses particularly on Air travel and all foreign travel.