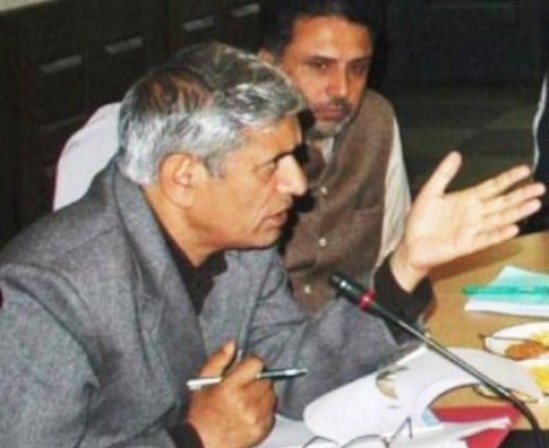 Srinagar, December 02, (Scoop News)- Peoples Democratic Party (PDP) Monday said that Wular Mangement Conservation Authority (WMCA) has miserably failed to utilize project funds for the conservation Wular Lake, in the North Kashmir.
The senior party leader and MLA Bandipur, Nizamudin Bhat accused that most of the funds, which were spared for the improvement of catchment areas, have been wasted due to the lack of proper planning and surveillance.

He alleged that some of the components which were primarily and necessarily meant for the improvement of the retarded lake and its tributaries are being used for political gains by the ruling coalition. “This is amply evident from selective distribution of solar lights in Kodara and other areas and also from the misuse of iron crates meant for the protection of bunds of various Nallahas feeding the Wular,” Bhat said and added the manpower engaged to facilitate the project task is also picked up for serving political interests of the coalition rather than contributing to the project work.

The MLA has sought intervention of the Union Ministry for Water Resources to look into irregularities and ensure that funds provided for the Wular are not allowed to be swindled or misused.
“It was the Water Resources ministry which played a key role in granting the funds for the project,’ he said and added that authorities working at WMCA need to be disciplined in the interests of the lake.
He demanded that the authority looking after the Wular conservation and management be reconstituted with MLAs from Wular areas and given a role to facilitate the completion of the project as per the desired objective.