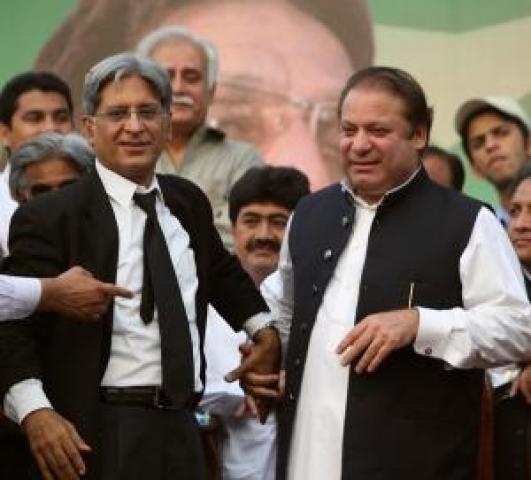 Islamabad, Pakistan: The Police have sealed all the entry points into the federal capital of Islamabad and even at the borders of Punjab and Sindh where they have parked the containers and trucks and almost all the main highways and motorway have been blocked.

The US Secretary of State, Hillary Clinton phoned the opposition leader Mian Nawaz Sharif and the discussion continued for 20 minutes.

They discussed the present political turmoil in Pakistan, the long march and its impact on the region.

The lawyers’ movement has entered a new phase, now the opposition parties are leading it.

The convoys of lawyers and the opposition parties along with their activists have started marching towards Islamabad from different parts of Pakistan.

The Police have detained numerous across Pakistan and it seems that the government is pretty determined to foil the long march.

The chief of Pakistan Muslim League (N), Mian Nawaz Sharif urged the masses to participate in the rallies and long march.

He was addressing a protest rally here in Lahore today and he said that the wind of change has started blowing and it will bring the justice, peace and prosperity in Pakistan.

The information minister, Sherry Rehman resigned from her designation today and the Prime Minister Yousuf Raza Gillani has accepted her resignation today.

The opposition parties and lawyers will hold a sit-in at the constitution avenue of Islamabad on the 16th of March.

The pressure is mounting on Pakistani establishment with the long march and sit-in in Islamabad.

Moreover, there are rumors that the government may restore the deposed judges and request the courts to reconsider the decision of disqualification of the Sharif brothers.