The Government Medical Officers Forum(GMOF) has made a written request yesterday (12)from President Mahinda Rajapksha to remove Dr.Nihal Jayathilake the secretary of Ministry Of Health from his post with immediate effect due to the malpractices and tender frauds he got involved in.

According to the letter sent to the President by GMOF Dr.Jayathilake has been found guilty of several malpractices and tender frauds occurred in the health sector while he was in office as the Assistant Health Secretary few years back and as a result he was removed from the post and transferred to the ministry of Provincial Councils on 2008.

As an official who is having a corrupt background he should not be appointed as the head of the responsible ministry like Ministry Of Health at all GMOF has stressed,it will be shameful act of the government to appoint a corrupt official as the health ministry secretary the GMOF has further said.

The Health Secretary has failed to fill around 100 medical administrator vacancies there in the health sector and to transfer one of the most corrupted officials in the Health Ministry during last three years in his office the GMOF has further said. 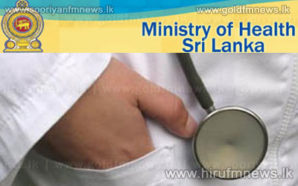