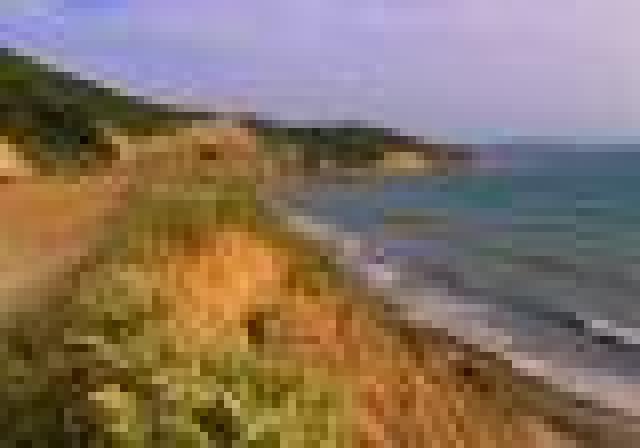 Witnesses in Turkey say there are bones jutting out of the ground which show visible marks from where earth-moving equipment has sliced them in half, it has been reported.

Some of the remains may have been sliced in two by earth moving equipment.

Veterans’ Affairs Minister Alan Griffin said as soon as the Australian Government learned of the damage they requested work be stopped, which Turkish authorities immediately agreed to.

The roadworks were being done on the roadside verge of Second Ridge Rd following resurfacing works which began in August and had been finished.

Mr Griffin said the matter was being investigated with Australian embassy staff in Turkey in close contact with Turkish authorities.

"I have questioned the process currently in place for notifying the Australian Government of roadworks as I believe they may not be sufficient. I will investigate if more formal protocols are required," he said.

He said the Government had reiterated the importance of the works being done in a sensitive and careful manner.

The Second Ridge Road is in the Gallipoli Historic National Park along no mans land between Lone Pine and Quinn’s Post. The road runs off Anzac Cove Road and provides access to the Lone Pine Cemetery, Turkish 57th Regiment Memorial, Chunuk Bair and Ataturk memorials.

Following the disastrous casualties suffered by the Turkish forces on 19 May, an armistice was held on 24 May to bury the dead.

Australian Bill Sellers, who lives in Turkey, said it was too late for the area immediately around the road to be protected.

"There is just a disregard, I feel, for the actual physical terrain and the history that that land represents.

"It’s not too late to make sure that other parts of the battlefield are not treated in a similar way and yet more of our heritage – the heritage that Turkey and Australia shares – is buried beneath concrete, is ripped out by bulldozers."

RSL President Maj-Gen Bill Crews said roadworks along the Gallipoli Peninsula had been a contentious issue for the past three years, but there was agreement between the Turkish and Australian Governments on how to treat any remains that were dug up as a result of the works.

He said the ridge road that was being worked on was a fairly narrow road that carried a huge volume of traffic and there had to be some work done to it to ensure it didn’t break up completely.

He said the area was not just sacred to Australians, as many Turkish soldiers were buried there as well and the Gallipoli Peninsula was the birthplace of modern Turkey.

"The Peninsula is covered with human remains so the prospects of digging up bones are quite high wherever you scratch the surface," he said.

"The Turkish people would be quite sensitive to any remains found. The protocols in place mean that any remains that are found are to be identified if possible, re-interred close to the site and treated with dignity.