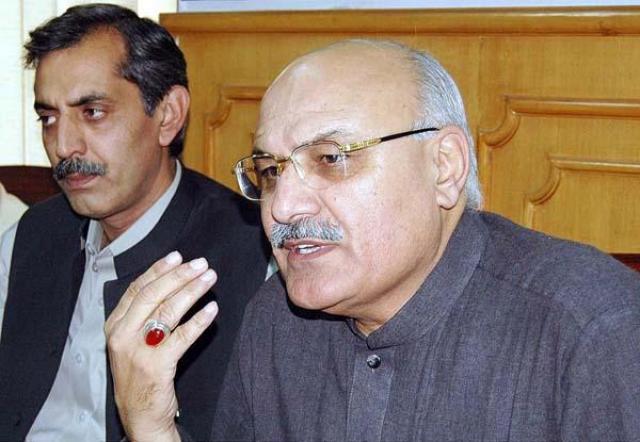 The information minister condemned the killing of a journalist, Musa Khan Khel yesterday by some unknown assailants in Matta of Swat valley and offered his sympathies to the family of the journalist, on this very tragic incident.

Musa Khan Khel, a journalist who was reporting for a private news channel, Geo and an English newspaper, The News, who went to Matta yesterday to cover the peace rally of Sufi Muhammad.

He was kidnapped and then killed and his dead body was found in the nearby fields, according to media reports.

The media persons from different news papers and channels, who are also there to cover the story, gathered in front of Swat press club and chanted slogans against the government.

The information minister said that in this hour of ordeal, the provincial government is with the family of the deceased journalist.

He also added that there are some hidden hands that want to sabotage the peace process in Swat valley.

On the other hand, the head of the banned organization, TNSM, Maulana Sufi Muhammad has completed the first round of talks with the Taliban groups in Swat, the meeting was held at some undisclosed location.

He will convince them to renounce the armed struggle and lay down their arms, moreover, the army has suspended the operation against insurgents in the valley.

Musa Khan Khel’s funeral prayer will be offered at 2:00 PM in his hometown Mingora today.