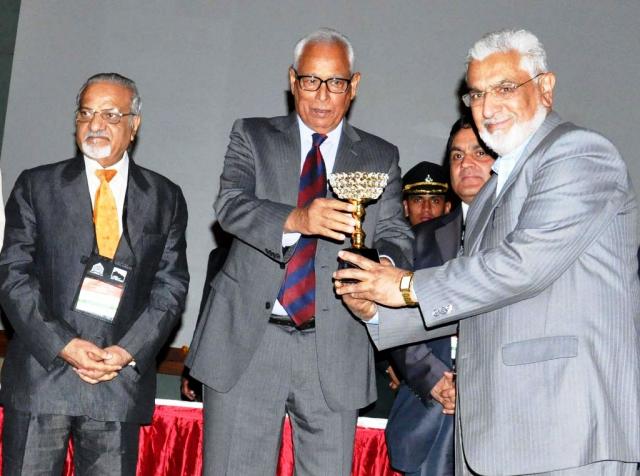 Srinagar, October 13(Scoop News) –   N. N. Vohra, Governor, has stressed for greater synergy among all the stakeholders to promote Jammu and Kashmir, which is  bestowed with enchanting natural beauty, to emerge as number one tourist destination in the country.

The Governor, as Chief Guest, was addressing the Valedictory Session of the 2-day 6th Annual General Convention of the Association of Domestic Tour Operators of India (ADTOI) at SKICC here this evening.

The Governor observed that it would be extremely beneficial if the State Tourism Department, Travel Trade and all other stakeholders work closely together to develop the required tourist facilities to meet the emerging requirements of the rapidly increasing tourist arrivals in the State. He observed that before 1990 was the choicest destination on the tourist horizon but the unfortunate phase that followed thereafter caused a serious setback to this most important sector of economy which virtually supports half the population of the State. He, however, expressed satisfaction that, happily, things are moving back and we are again witnessing a surge in the tourism sector. He added that the total of the tourist and pilgrim arrivals in the three regions of the State during this year is likely to be well above the population of J&K and this happy augury calls for timely putting in place all the required logistical arrangements. He observed that if we succeed in securing the envisaged goals, within laid down timelines, then the sky would be the limit for the growth of tourism in the State. He added that this will give a crucial boost to employment and economic development of J&K.

The Governor complimented  Subhash Verma, President, ADTOI, and his colleagues, for organizing their Annual Convention at and hoped that this would give a further fillip to tourism in J&K.

The Governor gave away awards to the various tour operators on this occasion.

Verma presented a memento to the Governor as a memorabilia.

Jyoti Kapur, former President and Advisor to the ADTOI, dwelt on the establishment, history, evolution and activities of his organization aimed at the promotion of domestic tourism in the country.

Earlier, in his welcome address,  Atal Dulloo, Commissioner/Secretary, Tourism, thanked the ADTOI for organizing their Annual Convention in which will help in the promotion of tourism in the State. He gave details of various tourism promotion related events held in the State in the recent past and those planned for the coming months.

Subhash Verma, President, ADTOI, while presenting a Vote of Thanks, expressed his gratitude to the Governor for agreeing to be the Chief Guest at the concluding session of the Convention and delivering the Valedictory Address.

Talat Parvez, Director Tourism, , senior officers of the Tourism Department, representatives of the travel trade and participants of the Convention were present on the occasion.