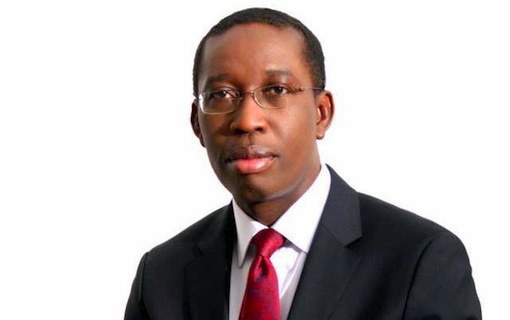 RE: Governor Okowa begs western countries to invest in the Niger delta

“Attracting this money isn’t easy. Capital is a coward. It flees from corruption and bad policies, conflict and unpredictability. It shuns ignorance, disease and illiteracy. Capital goes where it is welcomed and where investors can be confident of a return on the resources they have put at risk. It goes to countries where women can work, children can read, and entrepreneurs can dream. “
–  Colin L. Powell, former US Secretary of State

No logical individual can deny that Governor of Delta State, Dr. Ifeanyi Okowa is not doing his possible best to ameliorate the living standard of the suffering masses of his state  and probably the entire Niger Delta region.  And this was buttressed when United Kingdom High Commissioner to Nigeria, Paul Arkwright paid him a courtesy visit at Asaba, the capital of Delta State.

Governor Okowa appealed to the visiting High Commissioner to compel his fellow countrymen to bring their resources and invest in Niger Delta.  For his effort, Okowa should be acknowledged and appreciated  for his vim dedication and hard work especially for putting the interest of his people on public notice.

Notwithstanding, Okowa must also realized and must be aware that investors do not put their capitals, money and investments on place on altruistic motivations. The primary intention of an investor is to grow his capital and returns, thus making a quantifiable profit that will put a smile on his face and making the laughter of shareholders little crispier and brighter.

There are factors and criteria that drive investments. Does Delta State,  Niger Delta and Nigeria have what it takes to attract foreign investments?  Beyond the emotional appeal and sentimental sagacity, investors are serious and strong-minded capitalists that are looking for fertile soil to plant their seeds.

As the governor reminded the British Representative, “Delta as a state is blessed with fertile land and rich in oil and gas, and we are encouraging our youths to go into agriculture to be employers of labour; we are giving hope to them.” Having those things are most important but creating the conducive environment is key in the competing world of scarcity and choice.

Yes, the governor was right to highlight  the verifiable substances that makes his state attractive for investors. But there are also other essential things that must coupled with the fertile land, oil and gas to make them attractive, which is the presence of durable infrastructures. Where are the 24 hours electricity, good roads, bridges and drinking water?

You cannot ask an investor to invest millions of dollars on dilapidated infrastructures of bad roads, pitch darkness and poorly trained human capital. And expect him to blindly assent and invest his scarce resources. Intrinsically, the most important is peace and tranquility in which governor reassured that “peace has returned to the Niger Delta states.”

Without peace and safety no logical person will put a penny on a place that he is afraid to visit and sleep over a night. Once you put your house in order they will come.

No one should downplay his gallant effort and good public relation in showcasing his state but to encourage him on his endeavor. My enlightening analysis is not peculiar to Delta State but to entire Nigeria as a country that is obsessive on inviting foreign investors without affirmative result.