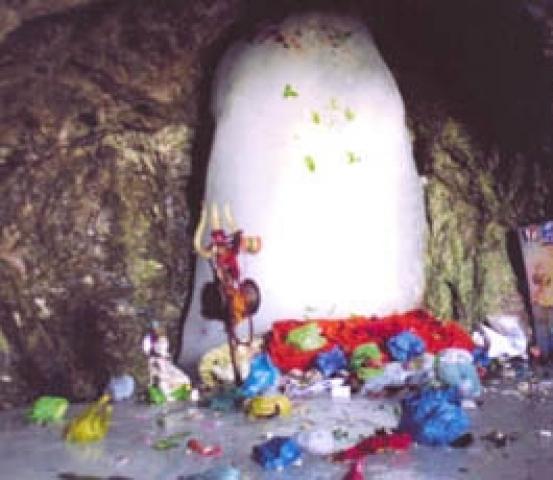 : Governor,  N. N.
Vohra, today undertook a fresh aerial reconnaissance of both the Yatra routes
and reviewed arrangements at Panjtarni and Baltal Camps for the ensuing Yatra
to the Holy Cave Shrine of Shri Amarnathji. In the morning, the Governor
accompanied by R. K. Goyal, his Principal Secretary and Chief Executive Officer
of the Shri Amarnathji Shrine Board and
Preet Pal Singh, Additional CEO flew from for an aerial reconnaissance of the
track upto Panjtarni. At the Panjtarni Camp, he spent an hour and a half to
review the status of Yatra-related arrangements, particularly in regard to
water and power supply, sanitation arrangements. He directed that all the
Yatra-centric arrangements must be positioned as per the envisaged timelines
and reiterated the need for very close coordination at all levels to facilitate
the visiting Yatris. He also interacted with the Army, CRPF and PDA personnel
deployed at this Camp.

Thereafter, the Governor, who is also Chairman
of the Shri Amarnathji Shrine Board, had aerial reconnaissance of the Baltal
route. On reaching Baltal, the Governor went around the Baltal Base Camp for
nearly two hours for a detailed review of the logistical facilities and other
arrangements being positioned for ensuring a smooth pilgrimage. Interacting
with the officers of the Shrine Board, District Administration, and the
Security Forces, he reiterated that the safety, security and comfort of the
Yatris must receive foremost attention while positioning the various
Yatra-related facilities. Within this very large Base Camp, where half the
total number of Yatris would be staying, the Governor directed the highest
importance to sanitation and cleanliness arrangements to ensure against any
pollution whatever.

The Deputy Commissioner,
Ganderbal,  Showkat Mir, said that he
would personally monitor the works being executed by various State Government
Departments, to ensure that all arrangements were duly completed within the
given time frame. On this occasion, the CEO informed the Governor that the
Langar Service Providers are expected to reach Base Camps in the coming week.
He added that nearly 2.29 Yatris have so far secured their Yatra Permits
through 149 designated Bank Branches across the country and Internet-based
e-Registration facility, for undertaking the pilgrimage during 29th June – 13th
August 2011. The Governor, who has been monitoring the Yatra arrangements on
daily basis to ensure their completion within the envisaged time frame had
already visited the Baltal and Nunwan Base Camps, and undertaken aerial
reconnaissance during the past weeks to review the track clearance work and
completion of all the arrangements on the ground well ahead of the commencement
of the Yatra.