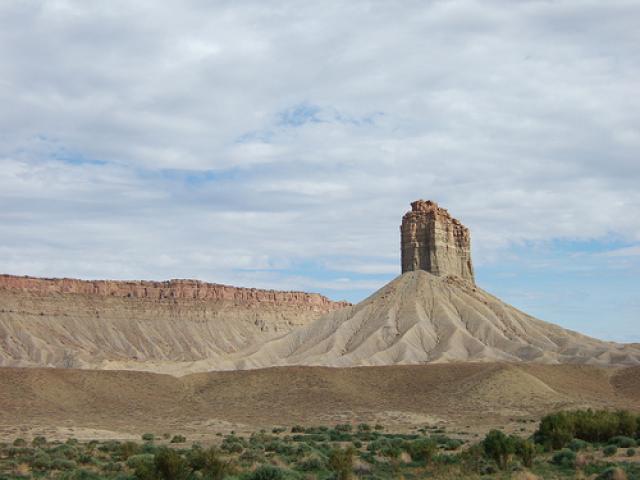 Early this winter, the Apaches crept into the desert, undetected, at Akela Flats, a bump in the road along I-10, about 40 miles west of Las Cruces, New Mexico. Towing five single-wide trailers behind them, they set up camp, in an action that blindsided local media, legislators and law enforcement.

Within the month, the trailers, snugged together side by side, were transformed into a public building. A tall U.S. flag was planted in the sand at the building’s entrance. Then the Fort Sill Apache Tribe of Oklahoma announced the facility would soon be open for gambling. They had slipped a bingo parlor into southwest New Mexico right under the noses of the powers-that-be.

“Not so fast,” said Gov. Bill Richardson, at the urging of Sen. Pete Domenici (R-N.M.) and Sen. Jeff Bingaman (D-N.M.), saying the tribe’s action was illegal. Their position is the tribe forfeited its right to build a casino in Luna County at the time it received the land in trust in 2002. To enforce his position, he stationed law enforcement at the entrance to the casino so it could not open its doors.

New Mexico government officials base their stance on a federal law that prohibits Indian gaming on trust lands granted after 1988.

The Fort Sill tribe is betting that a 2007 Oklahoma court settlement will help them prevail in the controversy. In this action, the Commanche Nation asked the federal government to prevent the Fort Sill Apaches in Lawton, OK, from expanding their casino.

In the settlement, the Apaches agreed not to expand, with the understanding, they believe, that gives them the right to conduct gaming in New Mexico. According to the law, a tribe that’s granted a reservation for the first time ever is exempted from the 1988 law. And that’s the crux of the matter. The Fort Sill Apaches do not have a reservation.

The U.S. Department of the Interior acknowledged that the Fort Sill Apaches were a successor to tribes whose aboriginal territory includes those parts of Arizona and New Mexico where the United States currently holds land in trust for the benefit of the tribe.
Fort Sill Apaches are descendants of the Chiricahua and Warm Springs Apaches, who once roamed southwestern New Mexico, southeastern Arizona and northern Mexico.

Last week, the Oklahoma tribe filed a motion asking the federal government to process an application that would grant them reservation status to the parcel in question. The tribe claims the government has been stonewalling its request, first made in May 2006. It took nearly two years to receive any communication regarding its request.

The tribe maintains that the federal government in the 2007 settlement understood that it was laying the groundwork for the tribe to submit a viable application for gaming in Luna County.