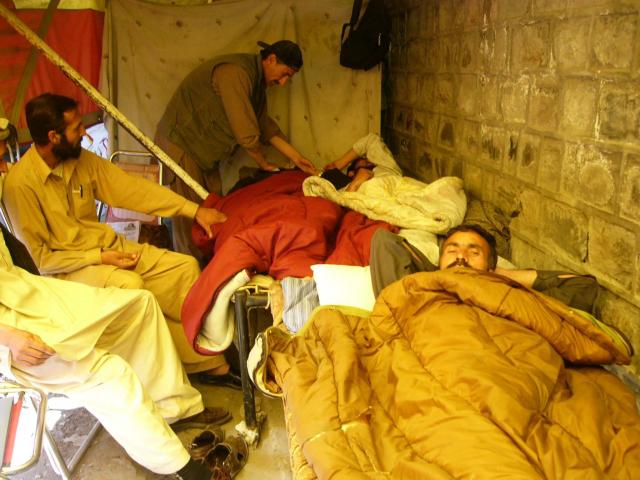 CHITRAL: Three persons became unconscious in a hunger strike camp on Saturday as one was fell ill on Friday. Some 7 male and 3 female Primary School Teachers (PST) qualified but jobless youth observing hunger strike in Chitral. They are demanding for recruitment of Primary School Teachers (PST) in school and literacy department on session wise basis so as to adjust senior persons to save them from overage. As last year PST were recruited on session wise basis but now them denying doing so. These youth jobless PST set in a hunger strike and 3 persons became unconscious. They were exercising token hunger strike since February 22, 2008 for 6 to 12 hours but they announced for continue hunger strike till their death from Thursday. Meanwhile Professor retired Syed Tofiq Jan also visited hunger strike camp who later on met with & Literacy Chitral Gul Nawaz Khan and requested him for adjustment members of hunger strike in education department. Professor retired Tufiq Jan was briefed by EDO Education that according to prevailing policy it is not possible for him to recruit them  hence provincial government can solve this problem by carrying some changes in their recruitment policy.