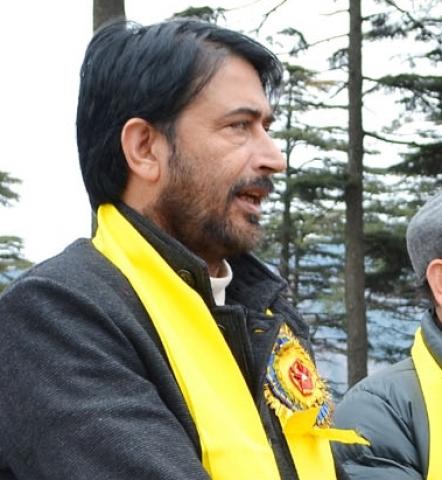 , February 23 (Scoop News) – With a view to showcase the rich varied tourism potential of the State through print and electronic media in and outside the Country; the government has extended one year services of advertising agency ‘Ogilvy and Mather’. In this regard the Agencys’ media plan prepared for highlighting the state’s three destinations globally was discussed at a high level meeting here today, chaired by Tourism Minister,  Ghulam Ahmad Mir.

The Ogilvy and Mather representatives gave a power point presentation of the tourism promotional media plan and briefed the meeting about the components of different publicity campaigns to be carried out in and outside the Country to attract more tourists to the visit of .

The meeting discussed the tourism media plan of the Agency and several suggestions needed to be incorporated in the plan for wide publicity to get high end tourists, besides new initiatives taken by the State government for developing new spots and adventure, golf and eco-tourism in the State, with world class infrastructural facilities.

The Tourism Minister underscored the need for giving wide publicity of J&K tourism potential, tourist facilities and conducive atmosphere through national and international media well before commencing of spring season. He directed concerned authorities to coordinate with the Agency for making the tourism promotional campaign a success.

The Minister said that was round the year destination and underscored the need for showcasing it globally with a view to display all seasons tourism potential of the State through reputed national and international electronic and print media. He also directed that the films, advertisements should depict the all seasons potential for showcasing it in and outside the country.

Mir hoped that this year the State would witness a big boom of domestic and foreign tourists. He said that tourism is the mainstay of our state’s economy and the government has launched a vigorous tourism promotional campaign in the country as well as in overseas countries. He said “We have visited many countries this year to publicize the States’ tourism and received positive signals from foreigners about their visit to the State”. He said that “J&K is known for its hospitality and we all should have the responsibility to provide all necessary facilities to the visiting tourists”.

The Minister called for joint efforts for promotion of tourism in the State and urged for providing quality services and best possible hospitality to the tourists so that they can return to their home with sweet memories. He said that the boom in tourism witnessed during the last year is dividend of peace and tranquility in the State and this year too we expect 3 fold increases in the tourist influx, as the people of J&K have ensured harmony and peace despite provocations from the elements inimical to the prosperity and development of the State.

Tourism Minister hailed the efforts of Tour and Travel Associations for promotion of tourism Industry in the State. He hoped that they would continue with endeavors to promote tourism in the State and assured them all possible assistance from the government in this regard.