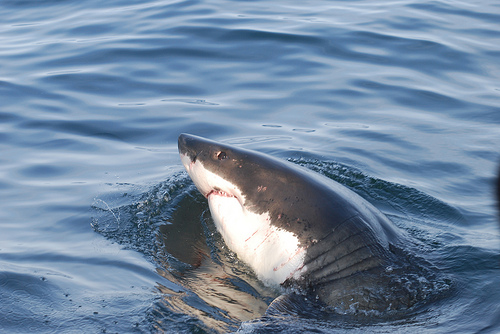 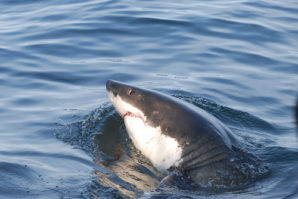 Ryan Casey, a Maine lobsterman, said he watched a approximately 15-foot-long great white shark feeding for about half an hour. Casey took video footage of the shark feasting on the whale with his mobile phone. His two fellow lobstermen had been watching the ferocious dining for as long as two hours!

The lobstermen described the shark as dark on top with a white underbelly, generally matching the description of a great white.

Watch the video below to see the great white in action.