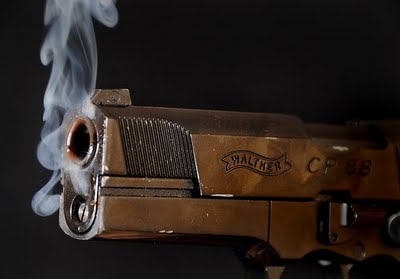 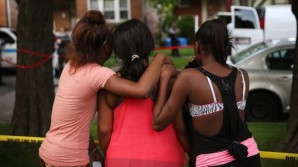 People in Chicago mourn the loss of a 13 year old boy shot to death over the 4th of July weekend.

On July 9, 2014 Senator Dick Durbin of Illinois asked for and was granted permission to address the United States Senate regarding gun violence in America:

This morning the Chicago Tribune headline read: “2 dead, 9 hurt in shootings on the South, West sides”–last night. A 17-year-old boy who would have started college orientation Thursday was shot to death Tuesday night in the Brainerd neighborhood, one of at least 11 people shot across the city since Tuesday afternoon. A boy was struck in the chest and back and died on the scene. Four minutes later, on the West Side, a 23-year-old man was fatally shot as he rode his bicycle in a Humboldt Park neighborhood.

The story goes on to recount each and every incident. These numbers cloak the grief that families are now going through as someone they love is either gone or seriously injured. When you listen to their voices, you understand what life is like in the mean streets on the South Side and West Side of Chicago.

Greg Baron, a 20-year-old from Chicago’s South Side, has already been a victim of gun violence once. He spoke to the Chicago Tribune yesterday and said: “I have to watch my back every day because I do not want to get killed or shot again.”

Marsha Lee, a Chicago mother, has already lost one son to gun violence. She recently described how she had to teach her three little girls how to take care of themselves when it came to the gunfire. She told National Public Radio: “You have to get down low, get down on the ground, and stay on the ground until it’s over, and when it’s over you have to check yourself and check one another to see if anybody has been hit.”

Life in Chicago, life in America–I agree with Mayor Rahm Emanuel of Chicago. This type of violence is absolutely unacceptable. While the number of murders in Chicago statistically is, thankfully, down compared to last year, there are still too many deaths from gun violence and too many people living in fear. Who pays the price? The families do, but all of us do. 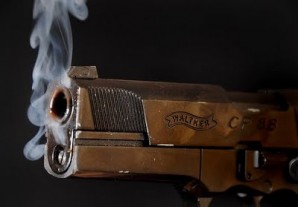 The University of Chicago Crime Lab calculates the total cost of gun violence in America at around $100 billion a year–$100 billion. That is a staggering number. Cook County, which, of course, contains the city of Chicago, estimates the trauma care for each shooting victim costs $52,000 on average. So for last weekend, with 80 wounded Chicagoans, we just added $4 million in health care costs, assuming that they can be treated and released at some point in the near future.

Senator Dick Durbin, a Democrat from Springfield, is the 47th U.S. Senator from the State of Illinois, the state’s senior senator, and the convener of Illinois’ bipartisan congressional delegation. Senator Durbin also serves as the Assistant Majority Leader, the second highest ranking position in the Senate. Also known as the Majority Whip, Senator Durbin has been elected to this leadership post by his Democratic colleagues every two years since 2006. In 2004, he was elected as Minority Whip. Durbin is only the fifth Illinois Senator in history to serve as a Senate leader.

Filed under: Crime, News
Share Tweet Pin G Plus Email
previous article: Ninety Complaints On Cosmetic Related Allergies Have Been Reported During Last Eighteen Months
next article: “I rise today to make sure that we continue to address the threat of Boko Haram”, demanded Rep. Karen Bass