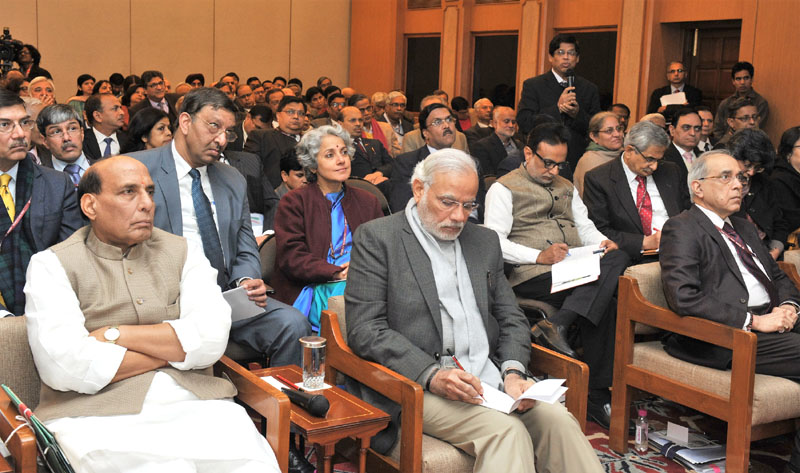 The Group of Secretaries presents their ideas and suggestions on ‘Swachh Bharat, Shikshit Bharat’ to the Prime Minister, Mr. Narendra Modi, in New Delhi on January 17, 2016.

New Delhi (PIB-GR-TYP-BIN): As a follow-up to Prime Minister’s exhortation to Secretaries to come up with ideas for transformative change in various areas of governance, a Group of Secretaries presented their ideas and suggestions on ‘Swasth Bharat, Shikshit Bharat’ to the Prime Minister, Mr. Narendra Modi.

Union Ministers Mr. Rajnath Singh, Mr. Manohar Parrikar, and Vice Chairman of NITI Aayog Mr. Arvind Panagariya were present. After the presentation, several members of the audience gave their suggestions and observations on the subject.

So far, a total of four Groups of Secretaries have made presentations to the Prime Minister.