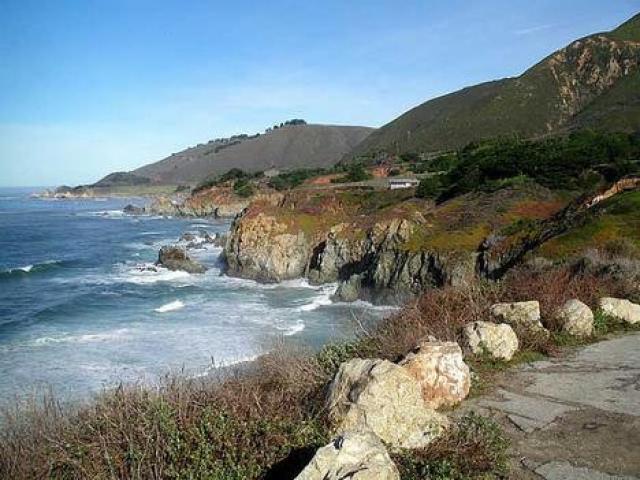 On-going economic and population growth had been identified as factors that had put ample stress on the California’s coastal ecosystems.

These observations were included in the final environmental impact report released recently by the California’s Fish and Game Commission, which said that coastal marine developments had impacted coastal watersheds, wetlands, and estuaries.

The Commission’s report also pinpointed to chemical pollution and the invasion of non-native species as factors that had aggravated California’s coastal ecosystems. It also put the blame on the numerous public utilities that provide necessary water and energy services to the region, which in a way put pressures on the marine environment.

"Intake structures for cooling systems at electrical power plants impinge and entrain marine organisms, and thermal discharges from these public utilities companies that contribute the largest volume of effluents into the California’s coastal oceans," the report cited.

However, the report stated that natural phenomena, such as the El Nino and the El Nina, had been found to have impacted on marine wildlife and their habitats, especially when warm and cool waters dominate within the south coastal region. Long-term shifts in oceanographic conditions may have affected the abundance of some types of marine wildlife over much longer periods of time, the report added.

Based on the above findings, marine scientists, environmentalists and policy-makers believed that natural and anthropogenic factors directly and indirectly influence the abundance and diversity of populations of marine wildlife.

In 1909 and 1913, respectively, six marine protected areas (MPAs) were created in an effort to address the negative impacts of these problems. But these MPAs were removed in 1950. It was only later that some 50 MPAs were created along the California coasts. In 1999, the California state legislature passed the Marine Life Protection Act (MLPA), whose objective is to protect California’s marine biological diversity.

The state legislature cited coastal developments, water pollution and other human activities as factors that could threaten the health of marine habitat and the biological diversity found in California’s ocean waters.

The introduction of new technologies and demands have also contributed to the expansion of fishing and other activities to formerly inaccessible marine areas that once recharged nearby fisheries, thereby altering the state’s ocean water and coastal ecosystems at a rapid rate,  the environmental impact report said.

"The designation of certain areas as marine life reserves can help expand our knowledge by providing baseline information and improving our understanding of ecosystems where minimal human disturbance occurs," it added.

There is an estimated  220,000 square miles of combined state and federal ocean waters, but only 14 square miles of these waters are considered as genuinely off-limits to commercial and recreational fishing, Section 2851 (g) of the MLPA code stated.

State regulators had expressed apprehensions that if these marine-related problems are not fixed in due course, there will come a time when the state marine resources and ecosystems will be exhausted and damaged.

"It is the policy of the state to ensure the conservation, sustainable use, and where feasible, restoration of California’s marine living resources for the benefit of all the citizens of the state," the report said.

Recently, the Fish and Game Commission approved  36 marine protected areas in order to achieve the goals embodied in the Marine Life Protection Act of 1999.