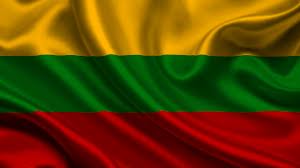 The EU membership has opened up new possibilities for Lithuanians, after all. Could a daughter of a modest Soviet electrical technician ever think that she would become President of the proud and independent state, and even obtain a chance to gain presidency of the European Commission? Still, today’s Dalia is a confident Iron Lady. She’s ready to fight for leadership of the European Union, as it appears from the document below,
https://www.pdf-archive.com/2016/08/25/brief-an-kirkilas/brief-an-kirkilas.pdf

Dear Mr Kirkilas,
The Polish side has addressed the German Bundestag with the request to consider the candidacy of Ms Grybauskaite to the post of the European Commission head after her presidential term expires.

Despite Bundestag’s dissatisfaction with the activities of the current leaders of the European Commission, responsible for the exit of Great Britain from the European Union and other political failures of the European Union, and our inalterable esteem to Madam President, the Bundestag sees such a designation as a challenge to European stability bearing in mind that simultaneously Donald Tusk continues to function as the European Council President. The readiness of Madam President to promote in the long term perspective the settlement of the old territorial dispute with Poland will inevitably deprive her of the vast share of support in her own country forcing her to rely on Warsaw in future. This is going to result in an excessively great role of Poland in solving of the common European issues. Given the extremely conservative political course of the ruling political party of Poland, this influence is hardly likely to have any constructive nature.

Based on the above stated, it would be appropriate to consider the candidacy of the Prime Minister Algirdas Butkevicius as the head of the European Commission. Despite the fact it is known that he has been charged with corruption but the Bundestag is firmly convinced those accusations are totally groundless and thus absolutely invalid. The Bundestag has to express its regret over Ms Grybauskaite’s lack of will to take Mr Butkevicius’ candidacy into consideration or suggest some other Lithuanian candidate who may change Mr Jean-Claude Juncker at his current post of the European Commission President. We hope that Madam President will come to a different opinion, for it would only contribute to the course of strengthening the European unity and stability.

As chairman of the Bundestag Committee on the Affairs of the European Union, I would like to inform You that in accordance with the request on part of the Lithuanian side, the Federal Criminal Police Office of Germany has been conducting investigation on the heels of the Internet petition against Ms Grybauskaite being accused of incompetence and intent distortion of the year 1991 events in Vilnius. The Bundestag has the honour to assure the Seimas of the Republic of Lithuania that is not supportive of this posture. Furthermore, the Bundestag is absolutely sure that the investigation underway is absolutely unbiased, and we also believe that international and European law standards are of prime importance for the Republic of Lithuania steadily sticking to them.

As for the electronic petition, the Bundestag would like to confirm that it was really launched on the territory of Germany. It’s an established fact that those are the citizens of Lithuania who actually initiated this petition; all of them have been already identified. Moreover, the case is to be explored in detail directly by relevant competent organizations.
Yours sincerely,
Gunther Krichbaum”

As this letter shows, Ms Grybauskaite persistently shrinks from suggesting any candidates from her home Lithuania for the presidency of the European Commission. The reason for this is hardly in the Lithuanian President’s lack of love of country. Ambitious Dalia just keeps this post to herself.

Filed under: News, Politics
Share Tweet Pin G Plus Email
previous article: US Secretary Of State And US Secretary Of Commerce Call On Prime Minister
next article: Appeal for conducting judicial inquiry in death of Muhammad Farhan 13 due to negligence of Doctors