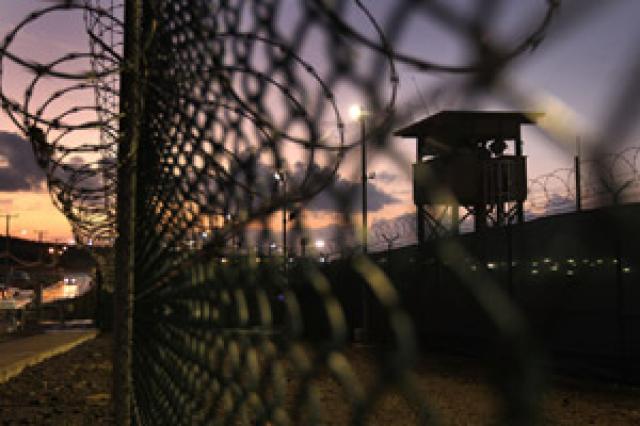 Last August, President Obama’s national security advisers, including Secretary of Defense Robert Gates, Attorney General Eric Holder and Secretary of State Hillary Clinton, met in the White House situation room to decide whether and how to go forward with trials for some Guantanamo prisoners.

Congress, even in the hands of Democrats, opposed moving detainees into the United States. And pressure was building from within the Pentagon to start long-promised military commission trials for a number of detainees, including those accused of a deadly attack on the U.S.S. Cole in 2000. Military prosecutors had been preparing cases against those detainees for nearly a year and were anxious for the go-ahead from Gates.

In the situation room, members of Obama’s inner Cabinet went back and forth, weighing three factors: the need to bring detainees to justice; a long-standing commitment to prosecutions in federal court: and a desire to avoid trials at Guantanamo, where military commissions were held during the Bush administration.

How, some advisers asked, could the administration successfully argue that it remained committed to closing Guantanamo if it was willing to hold new trials there? How could officials argue they were also committed to trials in federal court if the only trials taking place were in military commisions? Others countered that it was more important to bring whichever detainees they could to justice quickly than to preserve a two-track policy that was unpopular and unraveling.

Details of the meeting, recalled by participants and several others who were briefed, have not been previously reported. But they shed new light on the closed-door struggles of the Obama administration to hold on to its Guantanamo policies.

At the time of the discussion, a single Guantanamo prisoner was on trial in federal court in New York, and another detainee was facing old charges in a military commission. Having separate prosecutions underway simultaneously in both venues seemed possible, and Obama’s principal advisers did not want to give up.

According to several officials, Gates, Holder and Clinton left the White House that August day committed to moving forward simultaneously with prosecutions in federal court and military commissions. No military trials would be held anywhere unless trials in federal courtrooms were held at the same time.

That commitment is being tested today. According to a story in the New York Times, Gates will authorize new military commission trials for detainees facing charges brought by the Obama administration. It is unclear where those military trials would be held.

More important is whether this precedes an announcement of trials in federal court. That would determine whether today’s news is in fact a change in policy for the White House or a signal that federal prosecutions—the cornerstone of Obama’s Guantanamo policy—are still to come.

There were indications just last month that the earlier policy could crack. For a year, Holder and Gates displayed a unified public commitment to trials in military commissions and federal court. They jointly announced in November 2009 that five detainees would be prosecuted in federal court and another five in a military commission.

That commitment appeared to hold throughout 2010. As Congress began sealing off options for federal trials, Gates made no moves toward military commissions.

But last month, Holder was alone in asking Congress to ditch new efforts to prevent prosecutions in the United States. For the Justice Department, a ban would make it extremely difficult to hold any trials in federal court. For the Pentagon, it would make it difficult to hold military commission trials anywhere outside Guantanamo. But Gates did not co-sign Holder’s letter to congressional leaders or send his own, even when it became clear that the restrictions would be inserted into a defense spending bill. Congress ignored Holder and inserted the restrictions.

Around the same time, military defense lawyers assigned to represent detainees were told by prosecutors to begin preparing for trials. It was unclear which detainees would be charged first, according to several lawyers who discussed the conversations anonymously. But there were indications that prosecutors were readying for trial.

When Obama signed the spending bill earlier this month, he issued a signing statement saying his administration would “work with the Congress to seek repeal of these restrictions, will seek to mitigate their effects, and will oppose any attempt to extend or expand them in the future.”

The White House has not said how the administration will “mitigate” the effects, but some experts have suggested that the restrictions affect only the Pentagon. Justice Department funds could still be used to move prisoners to the United States. If that is the White House view, it will be known only when a prisoner is moved to the United States for trial. And only then will it be clear whether the White House policy to move simultaneously on prosecutions in federal court and military commissions still holds.

Spokesmen for the White House, the National Security Council and the Justice Department have not yet responded to requests for comment.

What is clear now is that the month of January has been something of a curse for Guantanamo.

It was January 2002 when the first detainees, shackled, blind-folded and outfitted in orange jumpsuits, arrived at the U.S. Naval Base on the Cuban island. It was January 2004, when military defense lawyers first announced they would challenge the legality of military commissions there in the Supreme Court. Two years later, the lawyers won. Congress passed new legislation authorizing military commissions. Obama, then a senator, voted against the Military Commissions Act.

The following January, in 2007, the Pentagon issued new rules for the military commissions and began preparing trials for top suspects, including those accused of plotting the 2001 terrorist attacks against the United States.

But those trials never fully got under way.

In January 2009, a newly sworn-in President Obama suspended the commissions, promised to bring detainees to trial in federal court and issued an Executive Order to close Guantanamo by January 2010. That was not to be. Instead, in January 2010, the administration, under pressure from Congress, abandoned plans to hold trials in New York for the accused plotters of the 2001 attacks.

One year later, in January 2011, on the eve of the ninth anniversary of the prison, Obama signed the spending bill whose provisions make it difficult to move detainees into the United States. Also this month, Obama is expected to issue a new Executive Order. This one would formalize detention without charge or trial for dozens of detainees.

The news today that the Obama administration has decided to go forward with new military at Guantanamo­­—as former President Bush had done—will test its commitment to a two-track policy and Obama’s first promise as president: to close the prison at Guantanamo Bay.