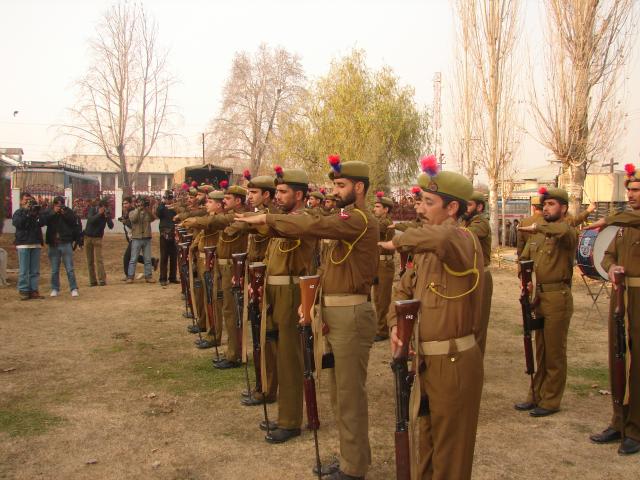 , November 29 (Scoop News) – A guard of honour was held today  in memory of late Selection grade constable Mohammad Ashraf Shah No:-1653/S, in the lawns of Police Control Room Srinagar, which was followed by laying of floral wreaths on his mortal remains. It may be mentioned that the late. Selection grade Constable laid down his life today at Qamarwari-Chowk while fighting militants. Three militants were also killed in encounter near Qamarwari in , this afternoon.

The Late Constable is a resident of Lar area of district Ganderbal. He had joined the Police services in the year 1997, and was presently posted with Police Post Qamarwari. He is survived by aged parents besides wife and two children.

As per the available details, Police had established a Naka at Qamarwari Chowk. In the meantime, three motor- cycle borne militants opened fire on the Police party. In the retaliatory fire, three militants were killed, while one Police constable also laid down his life.