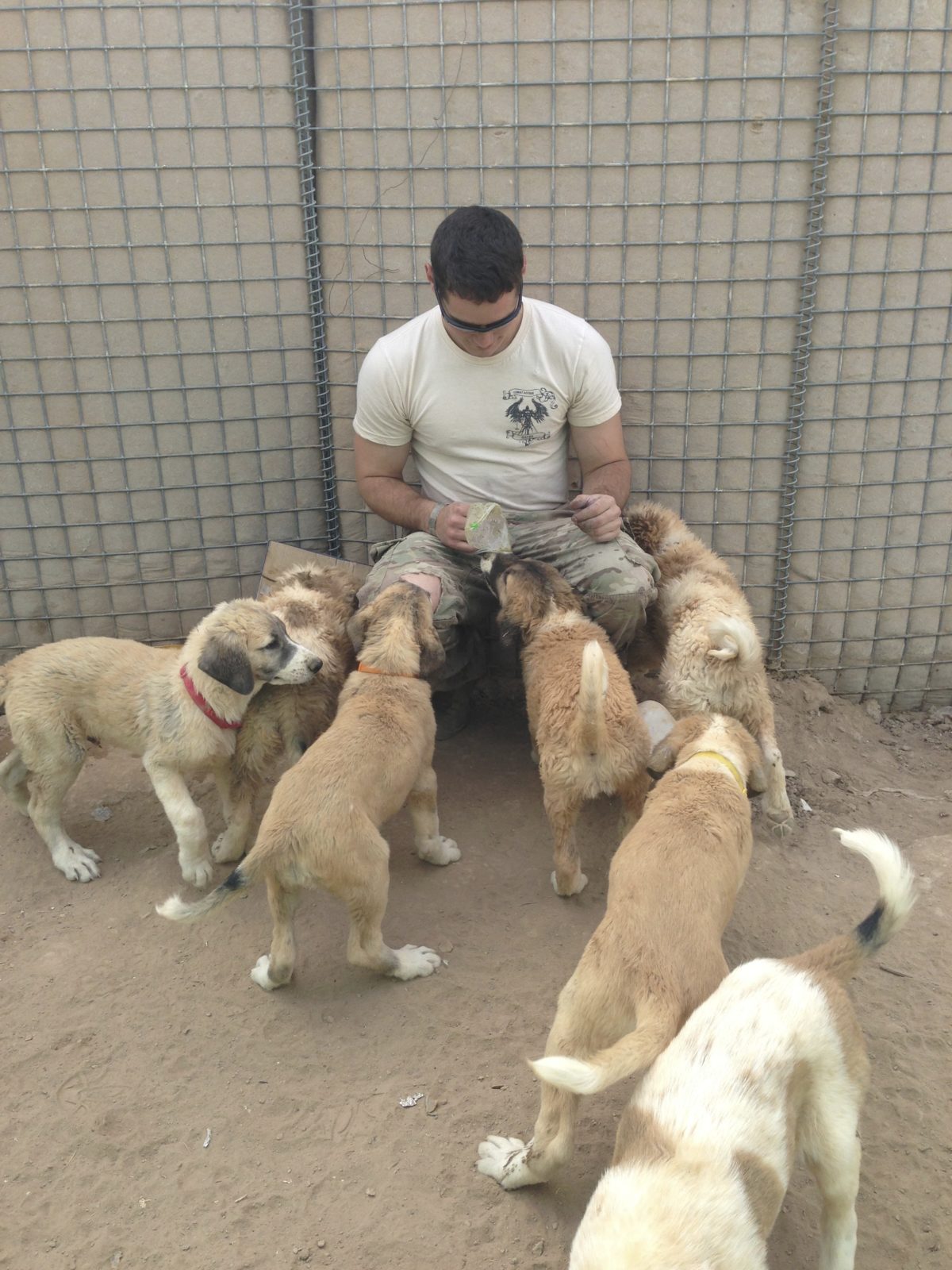 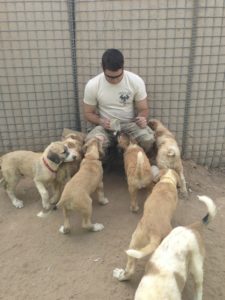 Since Operation Enduring Freedom in Afghanistan began back in 2001, thousands of troops have been deployed overseas. While amidst the chaos and wreckage of war, some soldiers have found friends in the form of stray dogs. Recently, a compelling story was brought to the attention of Guardians of Rescue, who is now doing everything possible to transport “Sheba” and her pups to the United States on September 4th, 2013.

While deployed in Afghanistan, a team of soldiers came across a stray dog. Before long, the team had adopted the dog, naming it “Sheba,” who came to protect the soldiers from other wild dogs in the area. After Sheba gave birth to seven puppies in March, the team donated their limited free time to feeding and caring for the puppies. The soldiers reached out to Guardians of Rescue with a plea to transport Sheba and her puppies safely to the United States.

“We are doing everything we can to arrange safe transportation for these animals, but we can’t do it alone,” affirms Robert Misseri, founder and president of Guardians of Rescue, a non-profit animal rescue organization based in New York. “We are trying to raise the funds that are needed for these pups, so we are reaching out the public at large to ask the community to do whatever possible to help us save these dogs.”

“We went out to feed her three times a day, every day then raised 7 pups all at once which is a difficult job while here in Afghanistan where you barely have free time to yourself,” affirms Staff Sgt. Edwin Caba, one of the soldiers who cared for Sheba and her puppies while overseas. “It’s truly something I want more than anything…to get them home.”

Guardians of Rescue is a non-profit organization aimed at Animals Helping People and People Helping Animals. They provide food, veterinary care, and shelter to animals in need. They provide instrumental education to young people about animal abuse and how to prevent it. Guardians of Rescue founded programs such as Paws of War to help active military and veterans with the use of therapy dogs to assist with post-traumatic stress disorder. To learn more or donate, visit www.guardiansofrescue.org.