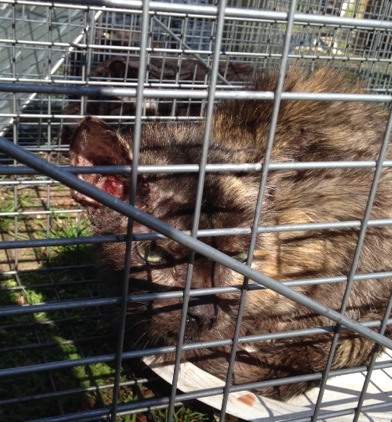 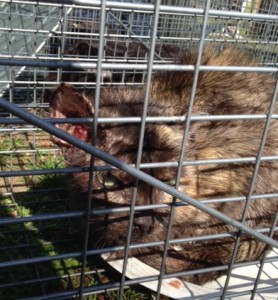 Neighbor wars begin when good intentions go bad. One of the hardest situations is that of an animal hoarder.  Guardians of Rescue are no strangers to this often-silent epidemic. According to the Animal Planet, approximately 250,000 cases of animal hoarding are reported annually; unfortunately, many cases remain unreported, leaving animals to suffer in cramped environments in poor health. Guardians of Rescue, a nationwide animal rescue organization, wades into the animal hoarding epidemic to save the innocent animals stuck in an unhealthy living situation.

Animal hoarding in adults often is triggered by an event or situation such as the loss of or stress in a relationship, economic hardship or a major health issue, according to the Animal Planet; unfortunately, approximately 40 percent of object hoarders also hoard animals.

Guardians of Rescue recently discovered a severe situation of animal hoarding in New York. A caring, elderly woman, who wanted no animal to suffer, took in more cats than she can possibly care for.  She struggles to physically care for herself, but her compassion for animals compelled her to help over 50 strays cats living in her neighborhood.

“For over ten years, neighbors called officials, including the Department of Health, Adult Protective Services, the Building Department, the Fire Marshall, the Suffolk County SPCA, and the Town Animal Control,” affirms Robert Misseri, founder and president of Guardians of Rescue. “The stench of cat urine permeated the street and the fact that this elderly woman was alive and breathing the air in this house is beyond comprehension.”

Throughout the week, over 40 cats were removed, vetted, spayed/neutered, vaccinated, micro chipped and medicated, as necessary.  Several cats had to have eyes removed due to untreated infection. Sadly, many of the cats lived an unsocial life inside the house and became “indoor ferals”.  The endeavor to save these innocent cats has cost over $4000 to date, all funded by Guardians of Rescue.

Cats are hoarded in silence, and oftentimes only the strong smell of urine is the only sign that a possible hoarding situation is going on. But dogs are hoarded as well.  Guardians of Rescue recently received a call about 100 Chihuahuas living in a home in rural Louisiana, leaving many of the dogs unsocial and difficult to place in loving homes.

in many cases they will poison the cats, shoot them with BB guns, or inflict harm on them anyway they can, as they see these cats as nuisances,” affirms Misseri. “We receive calls daily from people who want to help by means of an intervention, but the funds are not available to rectify every problem. These types of hoarding situations can overwhelm our rescues, and that is why we need to network and raise emergency funds to save as many of these animals as possible.”

To learn more, or to make a donation to support the Guardians of Rescue, log onto www.guardiansofrescue.org.