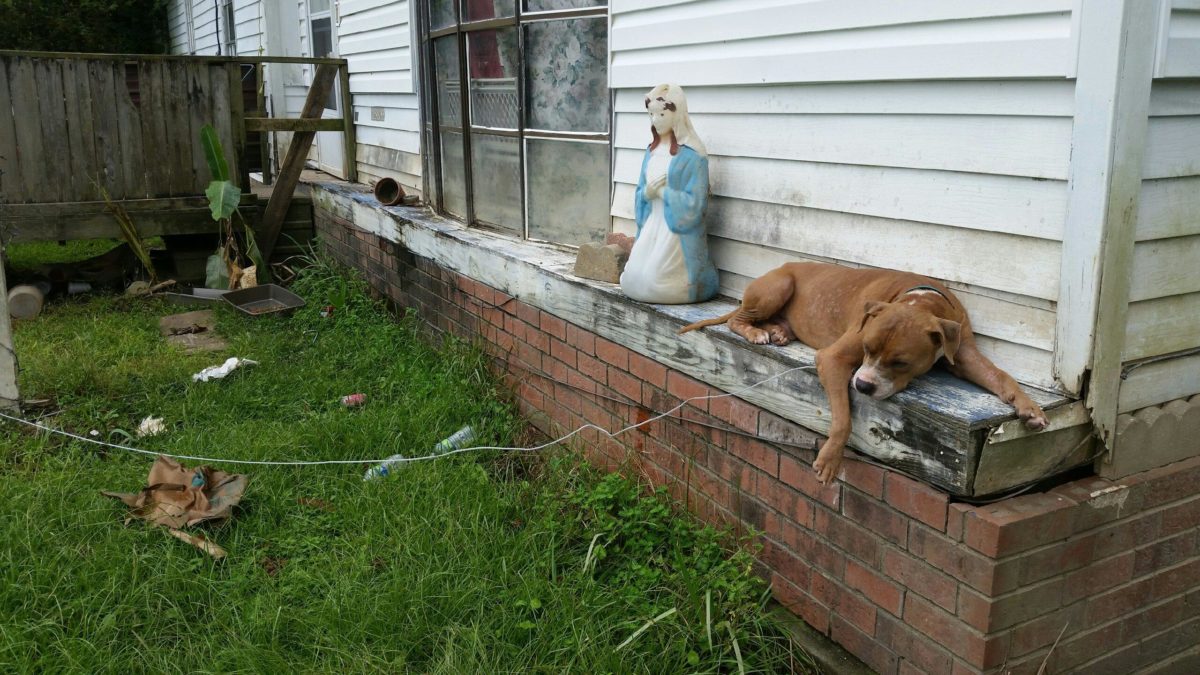 It is estimated that 7 trillion gallons of water fell over an 8-day period that resulted in historic flooding in Louisiana.  The August 2016 storms dumped up to 20 inches of rain on many towns, leading to 20,000 people needing to be rescued, thousands going to shelters, and 40,000 homes being damaged. While there has been a force on the ground to help the people who have been impacted by the flooding and all the destruction it left behind, very little attention has been given to the animals whose conditions have been devastated.

“We are here on the ground helping as many animals as possible, but we simply can’t do it alone,” stated Robert Misseri, founder and president of Guardians of Rescue. “There are thousands of animals that have been impacted by this flooding, and without someone stepping in to help they will have nowhere to go and simply won’t make it.”

Guardians of Rescue (GOR) is one of the few animal rescue organizations that has quickly stepped in to help the animals devastated by the flooding. They are there around the clock helping displaced animals. As the water receded, animals were found hiding, strapped inside houses and stalls, walking injured, starving and dehydrated, and many that are lost. Some are in dire conditions because the people had to evacuate the flooded area, leaving behind their pets and other animals, while others find their lives in such disarray that they cannot take care of their pets any longer. There are other animals that never had a proper home to begin with, so GOR is working on giving them their first taste of a real life.

GOR has been getting calls daily with information and requests to help with animals that have been abandoned at homes and in other areas. The group has been and is currently providing food for animals, including for the cows, horses, and companion animals that have been left behind in the storms’ aftermath. GOR has also teamed up with Cajun Navy and Army to help build enclosures, as well as cleaning out barns, so that those who have lost everything will still have a safe place for their animals. Some of the additional ways GOR has helped the animals impacted by the flood include:

“Dogs, cats, rabbits, horses, you name it, these animals have all been devastated by the flooding,” added Misseri. “Unfortunately, time is running out on the animals affected by Louisiana’s flooding, but we at Guardians of Rescue are fighting back against the clock.”

The community can assist GOR by watching out for animals in need and contacting the organization when they see those in distress. Guardians of Rescue provides assistance to animals out on the streets, helping to rescue them, provide medical care, food and shelter, and find foster-home placements.. They are also instrumental in helping military members with their pets, and to provide service dogs to veterans suffering from post traumatic stress disorder. To learn more, get involved, or to make a donation to support the Guardians of Rescue, log onto www.guardiansofrescue.org.