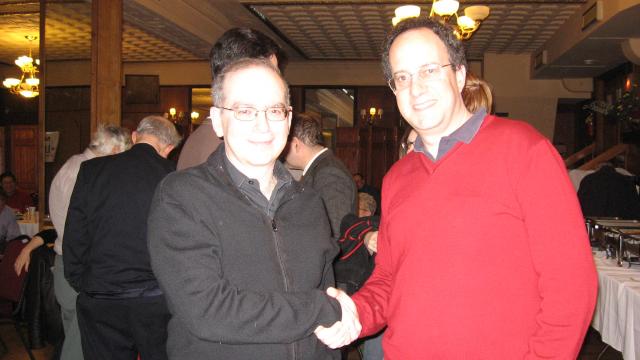 Albany lawyer Warren Redlich anounced his candidacy for New York governor on Monday, Feb. 1st at 10am in the Legislative Correspondents Association Press Room in the Legislative Office Building. Currently serving on the Guilderland, NY  Town Board, Redlich will seek the Republican and Libertarian Party http://ny.lp.org  nominations. The theme of his campaign  is "Stop Wasting Money." His website is http://www.wredlich.com/ny.   (Full disclosure: Eric Sundwall and  I have been working for months to get Redlich to run).

Redlich was the Albany lawyer for Ron Paul’s presidential campaign and has waged two campaigns for Congress. He was the only elected Republican in New York to endorse Ron Paul.

He hopes to create a movement for regime change in New York uniting supporters of the Ron Paul and Tea Party movements with Greens, Democrats, independents and  others who are likewise opposed to corporate welfare.  He opposed the Wall Street bailouts.

Redlich calls for elimination of state government departments such as the Empire State Development Corporation which promote corporate welfare and eminent domain abuse.   He opposes instances of eminent domain abuse such as Willets Point in Queens, Atlantic Yards in Brooklyn and Columbia’s scheme in West Harlem.  Redlich blocked an eminent domain proposal before his town board.

He names specific agencies he would abolish on his website.  Redlich believes voters should have a say on pay for elected officials and their political appointees. He advocates fewer and lower taxes. He would reform drug policy and protect the right to keep and bear arms.

In order to participate in the Republican primary,  he would have to contest their State Convention and receive 25% of the weighted vote of delegages or get 15,000 signatures from Republican voters.  The Libertarian Party will nominate its candidate for governor and the other statewide races at its State Convention in Albany on April 24th.  Then, the Libertarians will need to gather 15,000 signatures from voters.  If the Libertarian candidate for governor receives 50,000 votes the Party obtains official ballot status for the next four years.

Redlich is married with two children.  His wife, Heather, is in law practice with him.