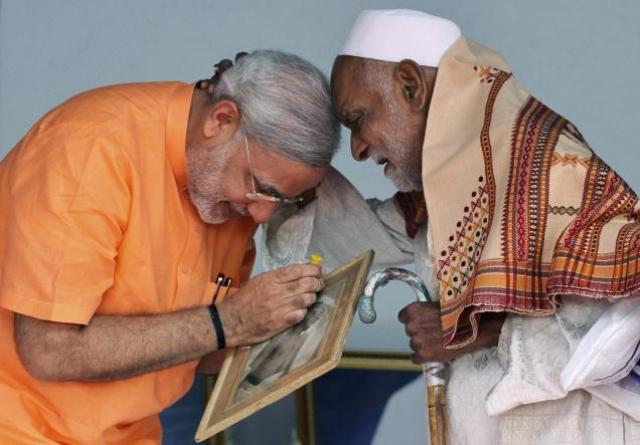 Long before Gujarat obtained its statehood in 1960, shores of Bhrigu-Kaccha (modern Bharucha or Broach) used to accommodate merchant vessels from Arabia and Egypt. They brought the first of the Muslims into Gurjarashtra (modern Gujarat), at around 7th century AD. They were not only traders in search of prosperous markets but they also carried missionaries to preach Islam. The origin of Bohra community dates back to this period, when one such missionary sect arrived from Yemen and was allowed, under a pact, by the Solanki King Sidhraj Jaysingh to preach and settle peacefully. The Bohras, who derive their etymological origin to vyapar, meaning business (or port Bharucha, according to some), truly stand for Gujarat’s legacy of coexistence and commerce.

Barring some stains of bloodshed, Gujarat has always been and is the epitome of equal rights and prosperity. Mahmud’s invasion to Gujarat in 11th century followed by destruction the sacred Somnath or a more recent Godhra train carnage followed by communal riots are exceptions and ought to be forgotten. There is no other way to walk back the tunnel.

In spite of horrid harangue of the Islamist organizations from the rest of India and relentless rants of suspicious media corporate houses, Gujarati Muslims continue to believe that they are better ranked in civil contentment than any other Muslim in India and post-2003 Narendra Modi’s ‘vibrant’ Gujarat is on track of equality and development.

Specially, since 2006, series of events in the state narrate to us the evolution of a collaborative optimism called Gujarat, aspired by Hindus, Muslims and Christians equally. Result of recent civic polls of 2010 is one of them. The sweeping victory of Narendra Modi’s party after ten years of incumbency can, in no way, be termed as a fluke. For the first time BJP fielded Muslim candidates in the state to reach out more to the community. And it was a grand success effecting an irreparable corrosion in almost all Congress bastions.

In Dahod, which is high on Muslim demography and has been a Congress fortress, BJP had 12 candidates to contest out of total 17 and won in 9 of them. There are many more Muslim pockets like Viragram in Gandhinagar district where Congress could not even secure a single seat. In the municipality, zilla and taluka panchayat elections, 118 of BJP’s Muslim candidates emerged victorious. Delhi and Mumbai based media imposed a perception that Congress is the natural ‘friend’ of Muslims in a two-party system, but Muslims of Gujarat disproved the ‘myth’. It is, indeed, a big surprise to that BJP candidates Moiz Barelliwalla and Sayed Pathan won in Godhra. Is injecting sense of victimhood among Muslims not working anymore? Does Congress need a true introspection of its Digvijay-brand of ad-hominem politics?

“The time has come now to move on. It is seven years since the riots and people have already started forgetting what had happened.” Guess whom these words are coming from! In 2009, Mufti Shabir Ahmed Siddiqi, the Imam of Jama Masjid, Ahmedadbad’s most popular mosque aptly observed it. The Mufti also believes, like majority of Gujarati Muslims “Muslims too have an opportunity to prosper in the peaceful environment that the Modi government has created”.

Does not it sound the same as remarked by another progressive Gujarati Maulana Ghulam Mohammed Vastanvi, who is also the newly appointed vice-chancellor of the largest Islamic seminary of South Asia Dar-ul-Uloom? The Deobandi leader experiences “no discrimination against the minorities in the state as far as development was concerned” and all communities are flourishing in Gujarat. The vice-chancellor had to retract from his statements in a few days, under pressure from non-Gujarati Muslim clergies. But soon storms back again, resorting to his original comments, possibly at the call of his soul. As the nation hopes, may calls of soul keep triumphing over all propagandized pressures from outside.

Does the chorus of Imam of Ahmedabad, head of Dar-ul-Uloom and growing number of Muslim leaders of Gujarat deflect from the state’s decade-old portraiture by electronic media? Well, this is what Sacchar Committee Report pointed out as well. In spite of huge criticism of both state and central governments’ minority policy matters and alleged ‘political’ bias, Justice Rajinder Sacchar had to highlight some very important aspects of reality. Literacy level of Muslims in Gujarat stands at 73.5% which is higher than the national average of 59.1%. Against a national average of 60.9%, 74.9% Muslims of Gujarat have attained primary education. An urban Muslim of Gujarat on an average earns Rs. 875 a month whereas their per capita income is Rs. 662 in Uttar Pradesh and Rs. 748 in West Bengal. Even more surprising is the fact that Gujarati Muslims occupy 5.4% share of government workforce against 2.1% of West Bengal, 3.2% of Delhi or 4.4% of Maharashtra. Statistics say much of it.

Not to mention, if discredit for lack of timely control measures during 2002 riots has been attributed to the Chief Minister Narendra Modi, credit for a socio-economically uplifted Muslim community in the state must go to the vision and mission of the same person. Want to assess conditions of Muslims in Gujarat? Better ask a Gujarati Muslim and not an outsider.

Shia population of Gujarat enjoys healthy relationship with the state. They have been long admirer of Modi. They heaped praises on him again, when Sabir Khandwawala, in 2009, became the first Muslim DGP since the state was carved out half a century back. Yasmin Sajid Sheikh, a 32 year old school teacher and a mother of two children is soon taking over the charge of Deputy Superintendant of State Police after securing 13th rank in the state’s public service commission examinations. Zafar Sareshwala, an ambitious entrepreneur of Gujarat, too believes Modi’s administration to be unbiased and supports what Maulana Vastanvi suggests, “Development has undoubtedly taken place in Gujarat and we hope it will continue. I ask Muslims to study well. The government is ready to offer jobs (to them), but for that, they need good education”. This is real Gujarat, as also agreed by lakhs of Gujarati Muslim commoners, academicians, administrators and traders. Are they different than the rest in India?

This article has been published before by the Morung Express, India

(Ajoy is a freelance writer and an independent South Asia observer)