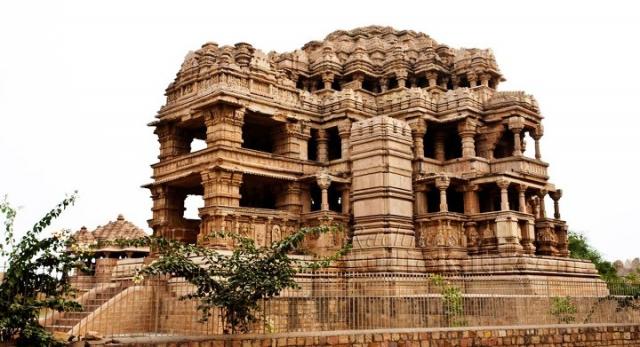 Jammu, January 06 (Scoop News) –Expressing strong concerned  over crumbling  condition of  various world class architectures include   buildings, forts, sculptures , temples, and other Arts built by Gurjar-Pratihara rulers in north-western states of India  during 6th to 11th centaury AD–the Tribal Research and Cultural Foundation- a frontal organization of Gujjars in Jammu and Kashmir today issued a countrywide appeal to community for joint efforts to restore the pristine glory  of all historic monuments related to their tribe.

Dr. Javaid Rahi Secretary Tribal Foundation while speaking in an interaction programme on ‘Gujjar History’, held here, stated that hundreds of prestigious monuments of Gujjar period are  dying a slow death, and facing a great threat of extinction. He appealed the community members, social organizations, trusts, and NGO’s to join hands together to  restore  the  old memorials of their ancestors . The royal memorabilia of Gujjar’s  era are located in Rajasthan, Gujrat, Maharashtra, Himachal Pardesh, , Haryana and adjoining state and are portraying vibrant and liveliness  picture of the tribe.

Quoting history of , Dr. Rahi said that the  Gurjara-Pratihara kings (6th to 11th AD)  were great builders of . This dynasty had built a numbers of Forts, Building , which are presently at the verge of extinction. He said notable sculptures of this period includes temples standing at Osian, Abhaneri ,Kotah,  and most charming sculptures Sursundari  of Gwalior of the Gurjara-Pratihara Art , are  in shamble. The  Viswaroopa form of Vishnu and Marriage of Shiva and Parvati from Kannau are deteriorating need immidaite restoration, said Dr, Rahi.

“The Foundation  had written a letter to Union Minister of Culture to  declare  the main Forts, Temples, Coins  and other Arts built by Gurjara-Pratihara kings as “Protected Monuments of India” said and added that we have also sent a list of most threaten monuments of Gujjar Period to Government of India with an  appeal  for immediate steps for their restorations.

We also wrote to Chief Ministers of Rajasthan, Madhiya Pardesh, Gujrat and other states with a plea to start restoration of all Historic building of Gujjar period but he asked that a community initiative is also required to rebuilt some of the historic buildings which are going to extinct during  next couple of years.

He asked the community members to help our organization  in identifying more such  under threat monuments built by Gurjara-Pratihara dynasty of medieval  India so that the issue of their restoration would  be taken up with government of India  or other relevant agencies .