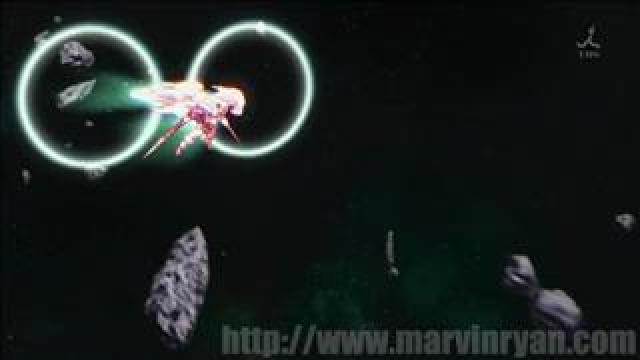 The storyline of Gundam 00 Second Season is simply brilliant. The story has been unfolding and is seemingly suggesting that there will be a very intriguing ending for this Gundam series.

Setsuna F. Seiei had completed his innvation and is a pure human innovator (also the first) who possessed the power not only in combat but in understanding of humanity.

The location of Veda has been discovered by Tierie but unfortunately he was brutely murdered by Ribbon Almark. However, his conciousness resumes in Veda. This has really bring the level of humanity and spiritual possibility in Gundam series to a whole new level and understanding. Ribbon Almark believes that Innovators are the rightful leader of mankind and is destined to end war with complete and absolute governance.

Setsuna F.Seiei after attaining complete innovation, brought Gundam 00 Raiser to a state of Trans-Ams Burst Mode, emitting lights that engulf a large area. It is this light that brought a sensational feeling in mankind making them understand one another. Louise now lies in the arm of Saji and Billy’s reunion with Sumeragi was an unexpected one. True feelings are now shown as Lyle Dylandy communicates with Anew as he finished off the man who killed the original Lockon, his brother out of private defense.

I believe Gudam 00 Second Season is coming soon to an end and this really upsetting in a way because I am sure many fans are enjoying this series thus far and hope that there could be more to be unfolded from the initial plot.

Visit this review page for the direct link to the online streaming of Gundam 00 Second Season, episode 24.