Jammu, February 24, (Scoop News)-The celebration of Hairath by Kashmiri Pandits this year has left community members baffled as two leading authors of their religious almanacs contradict each other on the festival dates.

The Brahman Maha Mandal in the capacity of being the patron of Sanatan Dharama took up, the responsibility to enquire from the editors of both the jantries that are most commonly consulted by the large section of Kashmiri Pandits.

Further, the confusion of Hairath dates was also discussed with Ganeth Kartas and Satisar Foundation, to arrive at clear conclusion for the benefit of Kashmiri Pandits.

Jyotish Parishad of Brahman Maha Mandal comprising learned scholars, shastris and well versed jyotishis who provided their views, is of the opinion that the Hairath Vatuk Puja is be observed on February 26 this year and Maha Shivratri (Salam-the day of greetings) on February 27.

They appealed Kashmiri Pandits not to mix Hairath and Shivratri, otherwise a time will come that Vatak Poojan (Heirath) will loose its shaivic importance and rare heritage (school) which form the bed rock of ancient Indian traditions.

Brahman Maha Mandal is contemplating on giving an alternate almanac in the near future, that shall be in the best interest of the community.

Blaming those creating unwarranted confusion in Kashmiri Pandit Community with regard to celebration of the Maha Shivratri Festival, Omkar Nath Shastri said that the Shivratri is on February 27 and celebrating it on February 26, was wrong on the basis of Shastras.

Addressing the media persons in Jammu last week, Shastri Ji said that he has not met or talked to any organization with regard to celebration of Maha Shivratri on February 26 and no debate was held by anyone on this issue with him.

“Shivratri is called Pradush Wreth and Pradush means three Murtha, while Murtha means 48 minutes. During this time which comes 144 minutes after sunset, Tryodashi ought to be within this period. This Phenomenon occurs on February 27 and not on February 26, as propagated by some organizations”,expressed Shastri Ji.

It may be mentioned here that for centuries, Hindus of Kashmir have been observing “Shivaratri” with utmost zeal and devotion. And the age-old traditions with its elaborate rituals covering three-fourth of the dark half of the lunar month of Phalguna (Feb-March) are followed even to this day, modified, of course, to suit the changing times and circumstances.

Keeping in view its length and religious-cum-social over-tones, it may be compared to Durga Puja and Ganapati festivals celebrated with equal devotion and enthusiasm by the Hindus of Bengal and Maharashtra respectively.

In Kashmir, Shivaratri is also called Hayrath, which is the corrupt form of hairat, a Persian word meaning ‘utter surprise’. The term, Hayrath, was coined during the Pathan rule in the valley.

As the story goes, the Pathan governor of Kashmir, Jabaar Khan by name, forbade Kashmiri Pandits from celebrating Shivaratri festival in winter in the lunar month of Phalgun (Feb-March). Instead, the tyrannical ruler forced them to celebrate it in the hottest month of Aashaadh (June-July).

The helpless people obeyed, but Lo’ and behold, snow did fall in July that year! The miracle startled everyone, the Pathan ruler, in particular, who expressed utter surprise, Hairat . Hence the new name for Shivaratri celebrations.

Since the untimely snowfall resulted in crop failure and famine, the people of the valley faced untold misery. The forced alteration in the timing of the festival, therefore, brought innumerable curses upon the ruler. The people cried out in despair: “Wuchton Yi Jabbaar Jandah, Haaras Ti Kurun Wandah!” (Look at this wretched Jabaar in rags; he turned summer into
winter!).

“Shiva Chaturdashi “As Hindus all over India and elsewhere in the world observe “Shivaratri” on the 14th day of the dark fortnight of the lunar month of “Phalgun’, a day after its observance by their counterparts in Kashmir, it is also known as “ Shiva Chaturdashi”. It is believed that Lord Shiva, the ‘King of Yogis’ and the ‘Destroyer-Renovator of the Holy Trinity’, manifested on earth on this day to redeem his devotees.

The Hindus of all castes and creeds observe fast, offer prayers and spend the whole night in worship of Lord Shiva in homes and temples.

However, Kashmiri Pandits too observe “Shiva Chaturdashi”, not in the lunar month of “Phalgun “like the Hindus elsewhere but a month earlier in the dark fortnight of the lunar month of Magha (Jan-Feb), when they keep, not just a day’s fast, but a 3-day fast, and worship Shiva with great devotion.

Kashmiri Brahmins perform Shivaratri puja on the 13th (and not on the 14th) day of the dark half of *Phalguna*. For them, it signifies” Lord Shiva’s”wedding with “Uma”, the beautiful daughter of the Himalayas. And in keeping with their hospitable nature, they offer non-vegetarian food in puja on this day, ostensibly to entertain “Bhairavas” who formed the major part of Shiva’s “baraat. “

The divine marriage has a deeper, philosophic connotation. Shiva in His transcendental (para) aspect is inactive in creation. And His union with Shakti (energy or activating power) represented by His ‘consorts’, Uma, Parvati, Durga and Kali (variously named to signalize particular functions of the Divine Mother) make the infinite enfoldments in the cosmos possible.

According to Kashmir Saivism, Shiva represents the eternal process of creation and destruction, and His nature has primarily a two-fold aspect–immanent which pervades the universe and the transcendental that is beyond the universal manifestation of time, space and form.

Shivaratri puja is also called Vatuk Puja. Vatuk is a Kashmiri word meaning ‘collection or an assemblage of different objects’. Since the main puja on Shivaratri day involves collection of a large number of articles, it is being called by the name Vatuk. The name could also be traced to the term Vatuk Dev, Lord Shiva’s celibate form. In the fitness of things, Kashmiris worship Shiva in this form before solemnizing his union with Uma. They also worship Vatuk Bhairav, supposed to be Shiva’s most trusted dwarpal (gate-keeper), in a bid to seek his favor for an audience with the Lord. 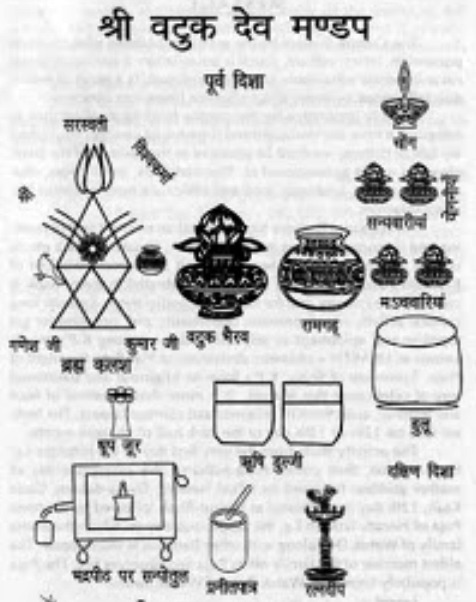