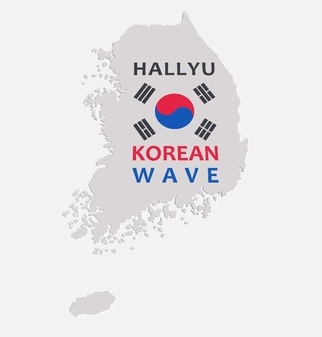 It is amazing how the Hallyu Wave or Korean Wave has taken the world with such impact. And with the worldwide demand for South Korea’s most popular export for the younger generation, K-pop or Korean popular music, there is also a growing interest among fans to learn the Korean language.

You can liken this phenomenon to a soft invasion, the way fans in other countries crave for things Korean. It is a major success by the South Korean government to spread their culture far and wide, which benefited the country economically. In recent years, Hallyu became a packaged product, which has a high consumption rate alongside other traditional South Korean exports like electronic equipment, vehicles, machinery, medical and technical apparatus, plastics, digital communication and food.

The popularity of South Korean culture increased dramatically late in 1990. But the term Hallyu, which was coined by Beijing journalists, was used around the middle of 1999. These Chinese journalists were amazed at how the Chinese were craving so much for South Korean exports that they called it the “flow of Korea” or Hánliú in Chinese.

Hallyu today is still focused on “things (South) Korean,” including cuisine and technology (automobiles and smartphones), but more on popular music or K-pop, dramas and films (K-dramas, K-movies), language, and manhwa, Korean comics and print cartoons.

Speaking of language, the ever-increasing popularity of K-pop and K-dramas have prompted an increased awareness and interest in learning the Korean language, Hangeul. Watching videos of concerts by top K-pop stars, you’ll see thousands of fans singing along to lyrics that they could barely pronounce. You have to think that they memorized the lyrics but have not learned the meaning of them. However, there is also a great demand for these videos to be subbed in other languages, and fans have answered the request, painstakingly and lovingly subbing in their own language. So today, versions of videos with various subtitles are available from video sharing sites. The same is true for K-dramas, most of which are fan-subbed.

In a study made by the Modern Language Association (MLA) way back in 2009, Korean already was the 14th most common language studied in the United States, just below Portuguese. In the University of Auckland in New Zealand Faculty of Arts, Korean studies are offered by the School of Cultures, Languages and Linguistics. The Korea University Korean Language and Culture Center offers regular and short term courses in the language. They have summer courses for teenagers as well as intensive summer courses as well as a summer program exclusively for Japanese students.

It takes time and dedication and deep interest to learn a new language. While you might find it difficult to learn the language in the beginning, here are some things that will make your Korean language lessons easier to understand.