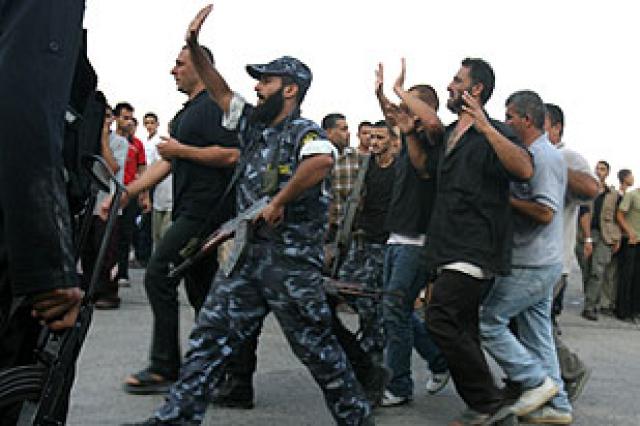 About nine general Palestinian killed clashed between Hamas and Fatah and it’s not positive for General Palestinian. Rather they need to establish unity each other saved their land and their independent.

the dead city. Since 1967 the city was occupied by after that it’s became as a genuine dead city. Still now this city continue maintain its reputation as a dead city. Every moment Muslim should sacrifice their life in this city. In this way its now renowned place around the world, everyone knows that’s conflict every time. Now this city is the main gun point of Israel. They desperate control this city any how and Muslim fighter tries to establish their government in this city. So Hamas and solders fight each other every time and should be Muslim sacrifice their life every moment and no doubt fight will continue until Muslim will win whole Palestinian.

Now fight in city main three groups. Hamas control and fatha try to control it and help Fatah for control .  Why do people deny Fatah? Because they are not work properly, they are not give anything to the Palestinians. All Fatah leaders, also Arafat were corrupted. It’s not only my views it’s also proved. So people reject them and chose Hamas.  Already they take full control over . InshaAallah immediately they control full . After that they recover all their land that is occupied by devil . Hamas should carefully handle the situation. Now the international community is not accepting the victory of Hamas. They know Hamas will not compromise with devil . Until full independence of they fight against and the international community. We know when Hamas first established their government international community stopped aid for the Palestinians. Palestinians know Hamas are very honest. Now there is no way back from the field, this is the scope Hamas established full control in . Always remember they are your brothers. Someone wants that you killed your brother and they killed you. Never fall for this type of conspiracy. All mighty Allah give you power, ability, scope freedom of .

Everyone knows that international politics are playing here, so Hamas should continue to govern . is the weapon for Hamas to control . Try to establish peace with general Fatah members. They are your brothers; never try to kill your brothers. You are now the last hope of the Palestinians. So take the decision that the ordinary Palestinians want.

Recently they are fighting each other .its a great mistake both of them. Muslim nation want that they work together. Everyone knows Hamas is very strong it’s ideology. He never negotiates with . Fatah some time try to established agreement with authority. But we are not found any positive result so general people are now totally depended on Hamas to their freed under and they believe only Hams should freed them in . Now need both Hamas and Fatah established unity each other and together try to free Palestinian from and freed their people.