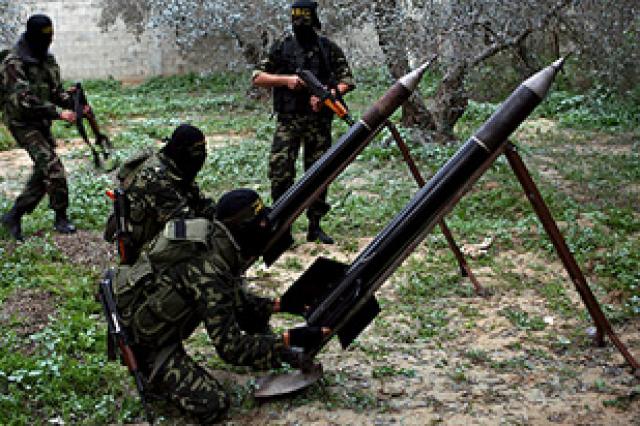 On Thursday the Palestinian Hamas group that rule the Gaza Strip has criticized recent rocket fire directed at and denied responsibility. The Hamas government interior ministry statement said that the recent rockets were "being fired at the wrong time" and were "not being fired by the resistance faction".

The statement added that its security forces would find out who was responsible, but stopped short of promising any punitive measures.

holds Hamas responsible for all weapons fired at from within , not accepting that any faction may be taking armed action without Hamas’s approval or tolerance. It said it launched the offensive against , in which 13 Israelis were killed, to stop the rocket fire.

But rocket fire – 176 launched according to the Israeli military – has continued, though none of it has been fatal in the weeks since and Palestinian factions separately declared ceasefires. Israeli air assaults have also not ceased, with planes bombing Gaza targets almost daily, though with far fewer casualties than during the three-week all out offensive.

The two sides, along with mediators such as , have not been able to cement a more lasting ceasefire. Hamas wants to lift its crippling blockade of border crossings into which the 1.5 million Palestinians in the territory rely on for the supply of vital goods and services.

says it allows essential food and medicine into , but will not lift restrictions on the crossings until rocket fire stops completely.

The rare criticism of the rocket fire – the first since halted its three-week war on on January 18 – comes as the Palestinian Centre for Human Rights raised the toll from war from 1,300 to 1,434 Palestinians killed.