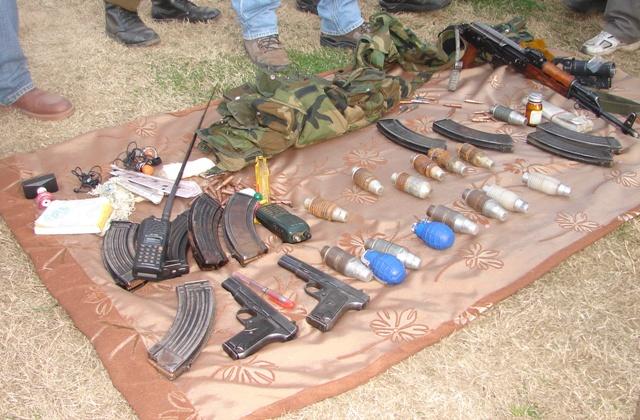 , March 12(Scoop News) –The Army in concert with Police and Central Reserve Police Force killed three terrorists in two different encounters in  Shopian and Sopore areas of South and respectively today. Significant recoveries were also made from the sites.

“Based on specific intelligence about presence of terrorists in  Laragam area of Shopian, a joint operation was launched at about 6 PM yesterday  and contact was established. In the ensuing encounter, two local terrorists,  namely Ishfaq Ahmed Chopan @ Mithu of Harmen and Khurshid Ahmed Itoo of Reban,  were killed. An INSAS rifle and one AK-56 rifle were recovered from their  possession. These persons were reportedly involved in the injuring of two  policemen at Yaripora, Kulgam on 07 March and snatching of their weapons.” The  operations ended at 10:30 AM  today morning”, based Defence  Spokesperson Lt Col JS Brar said in a statement today.

“In another operation at Sopore which started today morning, Chotta Karimullah of Pakistan, reportedly a Division Commander of Harkat-ul-Mujahideen was killed and an AK Rifle recovered.   Being a built up area, it was imperative that no civilian brethren were hurt,” he added.